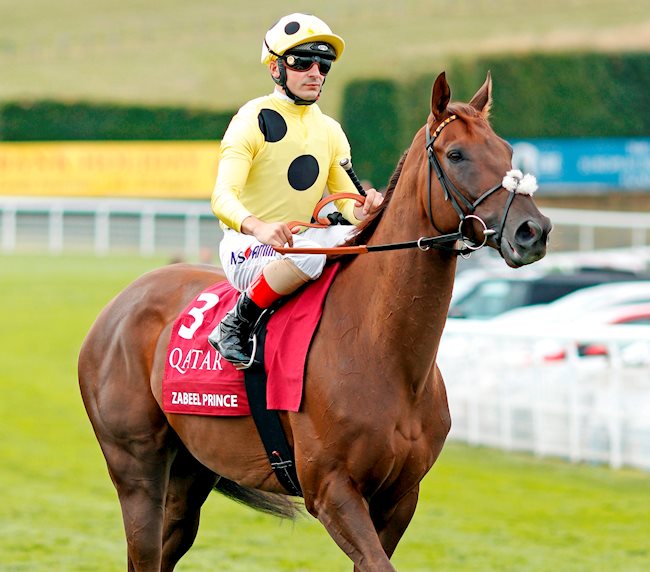 Zabeel Prince is something of a rarity in that he made his Group race breakthrough as a 6yo, and immediately followed up by becoming a G1 winner on his next start.

Despite it taking Zabeel Prince until the age of six to have a Group race on his CV quite remarkably it was only his ninth racecourse appearance. His previous eight starts had seen him progress from an opening mark of 86 to Listed honours in the Doncaster Mile, followed by a close-up second to subsequent G1 winner Mustashry in Newmarket’s G2 Joel Stakes.

Having debuted over 7f his subsequent seven starts before the 2019 season had all come at a mile, and he found quite considerable improvement for an extra furlong when a clear-cut winner of the G3 Earl Of Sefton Stakes at Newmarket. The race would prove to be one of the warmest G3s in memory, so to win it in such decisive fashion was even more impressive with the benefit of hindsight. The 9f G1 Prix d’Ispahan was the ideal next step, and in a bunched finish it was Zabeel Prince’s natural speed which got him over the line first under Andrea.

The bigger prizes back home would elude him over the summer, with very testing ground over 10f too much for him to handle in the G1 Prince Of Wales’ Stakes, and a far from ideal passage ending any chances he had of lowering Enable’s colours in the G1 Eclipse.