Roger Varian is a Classic winning racehorse trainer now in his twelfth season. He made an immediate impact on the profession claiming Group 1 success in his first season when Nahrain won the Prix de l'Opera in 2011. Since then he has shown remarkable consistency amassing over 1,200 winners and has registered Group 1 victories every season he has trained bar two.

Roger has saddled 153 stakes winners in his career to date, 21 of which have come at Group 1 level. In addition to many prestigious stakes victories, Roger has trained the winners of ten races at Royal Ascot.

Roger first enjoyed Classic success with his multiple Group 1 winner Kingston Hill who scored in the Racing Post Trophy as a two-year-old before going on to Classic glory in the St Leger Stakes, the oldest of the three British Classics. In 2022, Roger's name was on the St Leger Stakes roll of honour for a second time, with KHK Racing's Eldar Eldarov, who also starred earlier in the 2022 season when landing the G2 Queen's Vase at Royal Ascot in a nail-biting photo finish.

Roger is probably best known for the success of his globe-trotting superstar Postponed who recorded three Group 1 victories during a memorable campaign, which saw him crowned Timeform Champion Older Horse in 2016 and finish his career on an official rating of 124.

Roger’s first Group 1 winner came on foreign turf when Nahrain prevailed in the Prix de l’Opera at Longchamp. Success on the world stage has been tasted regularly since with the stable enjoying Group 1 success in as many as six different countries: England, Ireland, France, Canada, North America and the UAE. 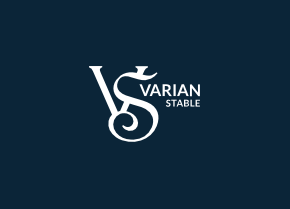 A winning debut from FOX MASTER

125,000 Tattersalls October Book 1 graduate FOX MASTER makes a winning debut at Newcastle Racecourse under Jack Mitchell. Ridden prominently in the chasing group, the three-year-old Showcasing gelding got the hang of things within the final few furlo