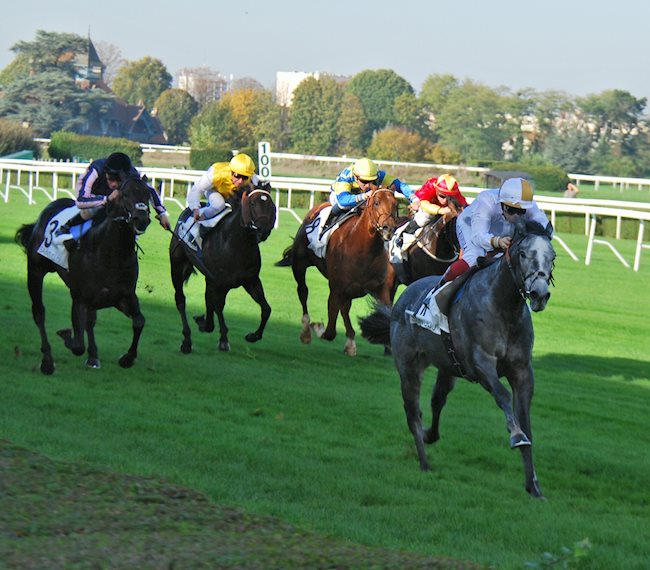 It was a short but colourful career for probably the least well-known of Roger's 17 top-level winners. Five starts for three trainers in three countries (none of which was England) produced two wins, a second to a future Guineas winner, and a name change, most of which occurred before Vert De Grece's third birthday.

Such an eclectic career would be hard to predict when the colt changed hands for E15,000 as a foal, nor did anything scream "future G1 winner" despite that price doubling at the yearling sales when he was picked up by his original trainer Joseph Murphy.

Vert De Grece debuted over 7f in June of his 2yo career, running on very well to finish almost upsides subsequent G3 winner Convergence, with future Guineas winner Gleneagles only fourth. He got off the mark second time over the same trip when again best at the finish in getting the better of another Ballydoyle inmate, and his performances in those two maidens ensured he went off just an 8/1 shot in the G2 Futurity Stakes when earlier form with the rapidly improving Gleneagles would be reverse and he'd have to settle for a very acceptable 2nd.

Again the Futurity featured the colt doing his best work in the final furlong, and given the chance to run a mile for the first time on his only start for Roger he took full advantage, displaying that 7f speed alongside previously untapped stamina to win a low-key renewal of the G1 Criterium International very comfortably by 4L. It was a performance that, despite the general lack of depth in the race, would've made him a very intriguing 3yo prospect at home, but his sale to Hong Kong meant he came and went without ever stepping foot on a UK racecourse.

Renamed The Monarch, it took nearly two years for the horse to run again in Hong Kong, and having been thrown in at the deep end he failed to get competitive on his only start.