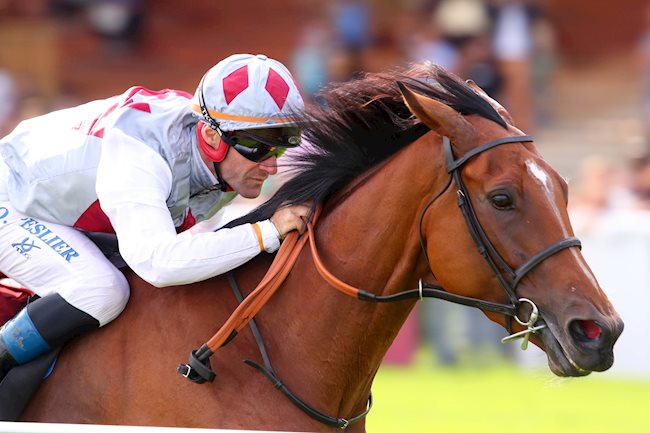 Ali Saeed's Teona was considered potentially special as soon as she stepped foot in Carlburg, and the possibility that she could emulate her mother Ambivalent by winning at the top level was raised before she'd even visited the racecourse.

Teona made her debut as a juvenile at Newcastle, filling second place behind the well-touted Sea Empress with the pair nicely clear. She would be even further clear of the pack when she broke her maiden at the same venue three weeks later, coming home nine lengths in front of the runner up stepping up to 10 furlongs.

It's very much a cliche but there was never any doubt that her two-year-old career was not much more than a dress rehearsal for what was to come at three. Her efforts in the Musidora (third) and the Oaks (10th having run no race at all) showed she had inherited something of her mother's temperament as well as her ability, but she flashed obvious talent at York when pulling almost impossibly hard.

A three-month break appeared to do Teona the world of good, as she took apart a decent field in a Listed race at Windsor at the end of August. It was a major step to go straight back into G1 company in the Prix Vermeille at Longchamp, especially with wide-margin Oaks winner Snowfall in opposition, but Teona showed her true class in keeping on strongly to win a shade comfortably at the post. Still only lightly-raced and out of a dam who improved with time, there is plenty of opportunity for Teona to add to her top-level success.

Teona is a half-sister to the 12f G2-winning Dubawi colt Al Hilalee, who also won a Listed race over a mile as a two-year-old.