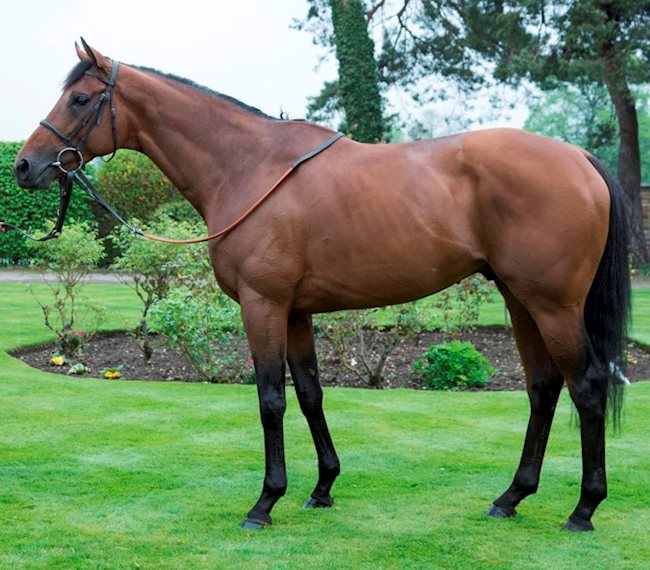 The highest-rated horse ever to be trained by Roger, Postponed is by Dubawi out of a daughter of G1 Moyglare Stakes winner Bianca Nera, and was purchased for 360,000Gns from Tattersalls Book 1 on behalf of Sheikh Mohammed Obaid in October 2012.

At the time the Sheikh’s horses were in the care of Luca Cumani and Postponed would make 13 starts for the Italian trainer as a 2, 3 & 4yo, winning the G2 Great Voltigeur at 3 and the G1 King George as a 4yo, resulting in an official rating of 121.

Postponed was transferred into Roger’s care before the start of his 5yo career with his first target being the G1 Sheema Classic on the prestigious World Cup night held at Dubai’s Meydan racecourse. All went well with his preparation as he comfortably saw off the French 4yo Dariyan in the G2 City Of Gold Stakes on “Super Saturday”, being impressive enough over C&D to be chalked up at odds on for the Sheema Classic itself, that despite the presence of Highland Reel and Japan’s Guineas & Derby winner Duramente. As it transpired there would’ve been very few middle-distance horses in the world capable of living with Postponed that night. Everything went well for horse and rider from the moment the stalls opened, and just under 2 ½ minutes and 12 furlongs later Postponed hit the line a decisive two lengths clear of the Japanese challenger, with early pace-setter Highland Reel a similar distance back in fourth. His performances in the UAE led to Postponed’s mark being reassessed from 121 to 124, a rating he would maintain until after his final start. 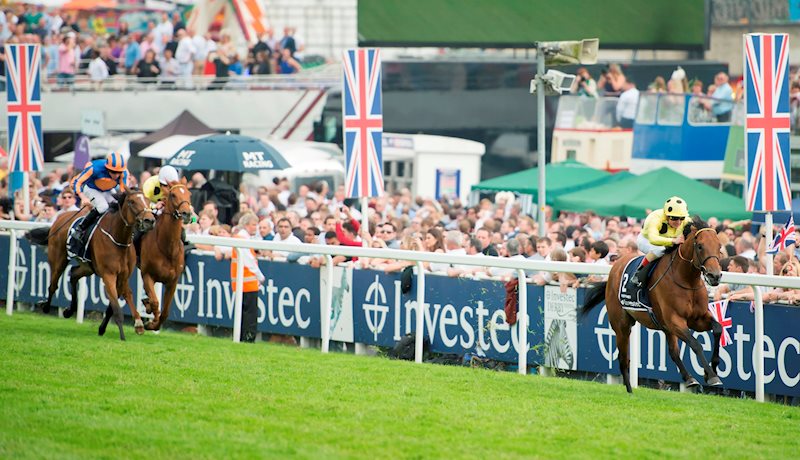 Epsom was the venue for the colt’s first run for Roger on British soil. Good to Soft ground and the smart mare Found awaited him in the G1 Coronation Cup - despite winning a King George on ground officially described as Soft & in France on their description of very soft Postponed had always been considered to be at his best on the quicker ground he’d raced on at Meydan. There was to be no cause for alarm for the 8/11f however as he made it 3-3 for Roger, in the process leaving the Found – the year’s eventual Arc winner – a good 4 ½ lengths back in second. It was another smart performance from a horse who was better than ever at the age of five.

With Postponed’s status as one of the best 12f horses in the world in no doubt and a stallion career looming the 10.5f test presented by the Knavesmire in the G1 Juddmonte International would make a major difference to both his reputation and his future career in the breeding sheds. It didn’t help that a respiratory infection had kept him from an attempted defence of the King George he’d won for Cumani, but he was quite clearly travelling as ominously well as ever despite the drop in trip, and any concerns about his well-being under pressure were dismissed as he hit the front 3f out and from that point never looked in danger of being beaten. 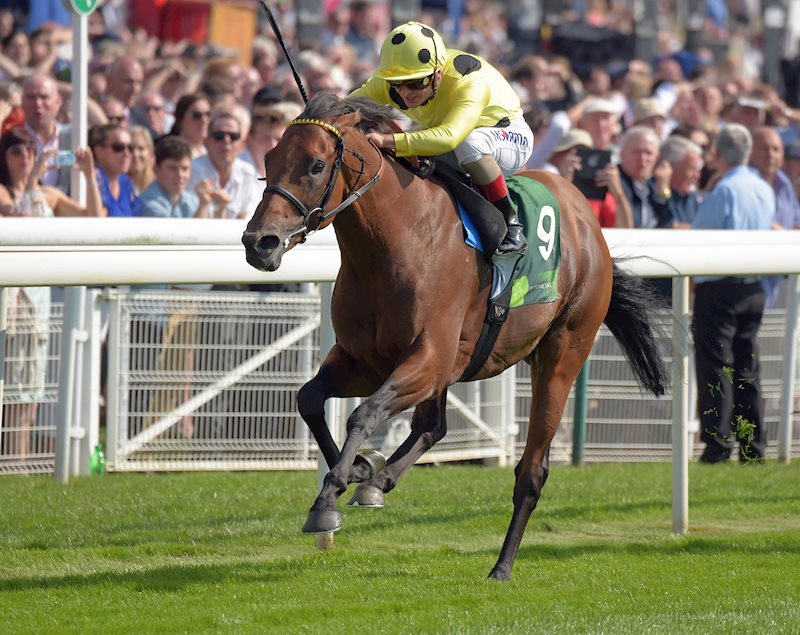 The first disappointment of Postponed’s time with Roger came in the G1 Arc, when despite being sent off 15/8f he could only achieve 5th place behind the O’Brien pair Found & Highland Reel, horses who he’d beaten decisively earlier in the campaign when travelling considerably better than he did over in France. His return to Dubai was a low-key ending to a fantastic career as he was beaten in both the City Of Gold & the Sheema Classic, in the latter behind Irish Classic winners Jack Hobbs & Seventh Heaven. 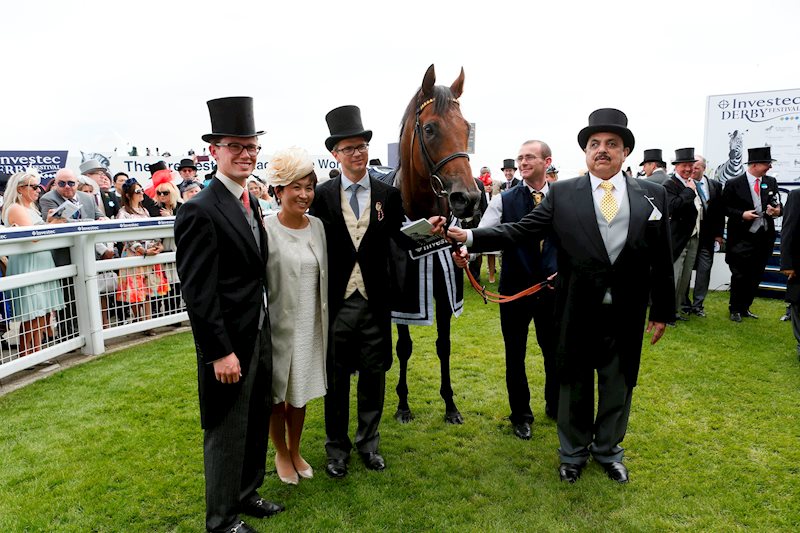 Sheikh Mohammed Obaid with Postponed in the winner's enclosure at Epsom, June 2016