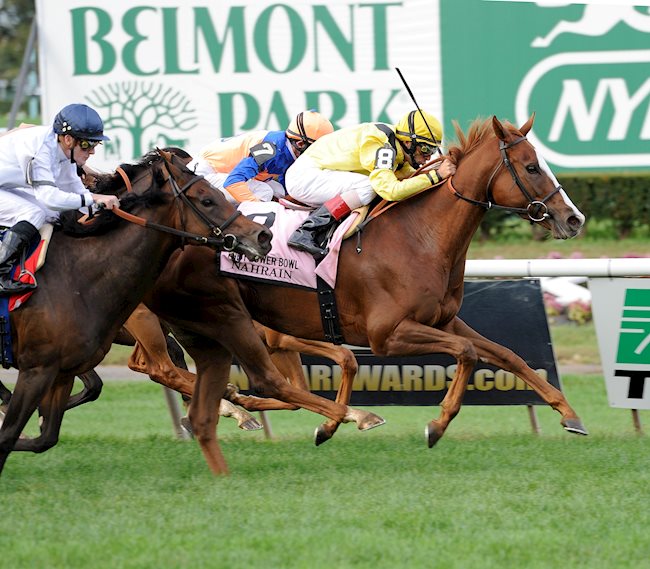 Roger’s maiden G1 winner came in his first season with a license with the well-bred filly Nahrain landing the Prix de l’Opera on Arc weekend. Nahrain is beautifully bred being a daughter of Selkirk out of the Ribblesdale winner Bahr, she is a half-sister to dual Listed winner Baharah and smart handicapper Sarrsar.

Sheikh Ahmed’s filly didn’t see the track as a juvenile but quickly made up for her absence by winning her first three starts before the Opera, including a Listed race over a mile at Sandown. Up two furlongs in trip on her first start in Group company, the 100/30 second favourite was well-positioned and going well over 2f out, and despite meeting trouble for almost a furlong she had the turn of foot to get to the front under Frankie Dettori and hold on from previous G1 winner Announce.

Having been a little below her best in two runs in June and August of her 4yo career she ran much better in the G2 Beresford Stakes in Ireland, building on that to record a second top-level success in the Flower Bowl Invitational at Belmont Park, this time with local jockey John Velazquez doing the steering. Second that day was subsequent Breeders’ Cup Filly & Mare winner Zagora, which helps to add real substance to the result and cement Nahrain’s reputation as a genuine G1 horse on her day.

It’s surprisingly rare for a filly of her talent to become a high-class producer, but Nahrain’s first foal was triple G1 winner and Royal Ascot scorer Benbatl (Dubawi) who reached a career-high mark of 126 in 2019. She has also thrown Benbatl’s full-sister Fooraat who is trained by Roger and looks highly promising off the back of a winning debut as a 2yo.