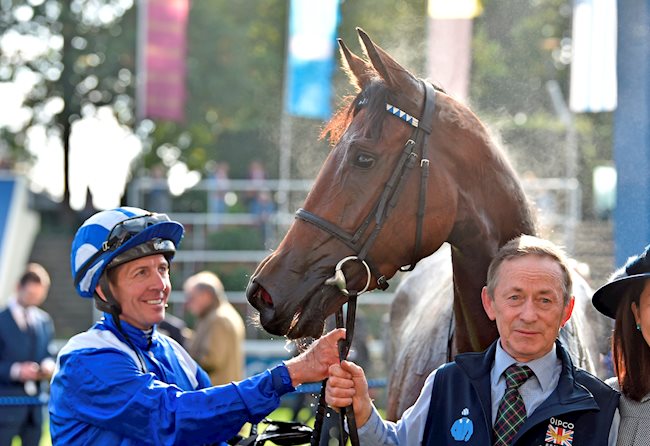 Some horses have big reputations before they've even seen a racecourse. Some of those go on to justify lofty expectations, but most will never scale the heights that their home work can hint at. There are also the types who just keep on doing their thing at home, improving with racing, and quietly impressing without perhaps being spoken about in the same breath as the more flash types.

It would be hard to describe Shadwell's Eshaada as a complete sleeper, but there's little doubt that she would've been in the shadow of one or two others before her big-price success in a Newbury Listed race. She belied her inexperience there, being held up and produced to win her race with little fuss, shaping like a mile-and-a-half really would be the making of her as she was strongest at the line. With a little more luck she could've been an unbeaten Royal Ascot winner by mid-June, just failing to reel in subsequent G1 winner Loving Dream in the Ribblesdale having been set a good bit to do off a steady pace.

One day someone will figure out definitively why some horses just do not act at York, but in the meantime Eshaada can be added to the extended list of those who have thrown in shockers on the Knavesmire. Despite that reversal Roger was very keen to target her at the G1 Filly & Mares race on Champions' Day, held a month after stablemate Teona had triumphed over the same trip in the G1 Prix Vermeille. Eshaada proved herself Teona's equal at the top level after a pulsating two-furlong duel with the smart Albaflora, the eventual margin of a short-head showing just how much the lightly-raced winner had to battle to prevail, and the nearly four-length distance to Snowfall in third giving the form a particularly solid look.

Eshaada is a half-sister to the smart 7f handicapper Mutamaasik, out of a full sister to the top-level winner and now sire Tamayuz. It's a typically smart Shadwell family, and one that Eshaada's groom Tadeusz Wojcik knows very well having looked after the handful of them to have been in Roger's care.