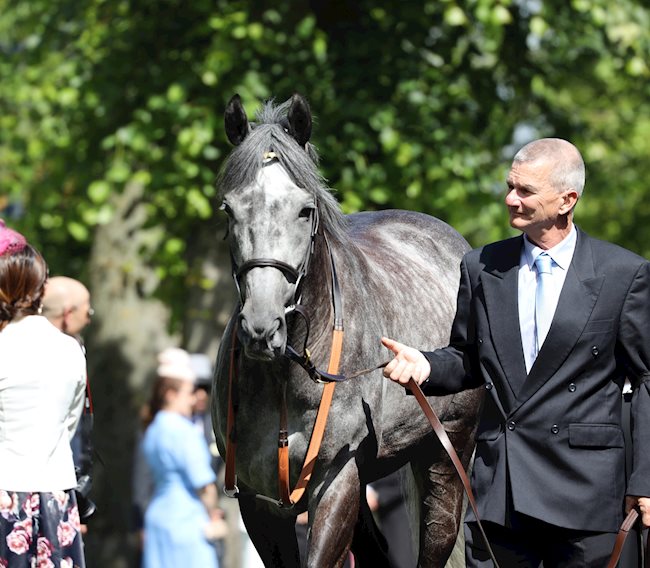 There’s a lot to like about Roger’s most recent G1 winner Defoe, but his popularity with the public seems to be helped greatly by his eye-catching grey coat! Defoe was the first foal of his owner Sheikh Mohammed Obaid’s mare Dulkashe, by the Arc winner (and source of his grey appearance) Dalakhani.

As a son of an Arc winner it’s no surprise that Defoe developed into a middle-distance performer, albeit one with a high cruising speed and the ability to visually display a turn of foot. It was a testament to his ability that he was thought capable of competing at Listed level as a 2yo despite clearly being bred to get further and develop well in time. That expected progression was apparent when he was a ready winner of a typically competitive London Gold Cup at Newbury, defying a 10lb rise for that success by following up off a mark of 98 at York. Both of those runs were over 10f and he progressed further back at Listed level over 11f, the longest trip he'd tried at that point.

That Listed breakthrough marked him down as a potential St Leger horse for the first time, a possible aim that became a reality when he landed the G3 Geoffrey Freer Stakes over an extended 13f at Newbury on soft ground. In a remarkably strong Leger unfortunately Defoe never got involved, his stamina giving way having been tested in a way it hadn't been at Newbury, and he was allowed to come home without Andrea giving him a tough time.

Although disappointing, Doncaster had confirmed that his future lay where he'd face less a test of stamina, and he started his 4yo career by winning the G3 John Porter Stakes at Newbury, closely followed by a comfortable 3.75L rout in the G2 Jockey Club Stakes. The further drop in trip to an extended 10f didn't work out in the G1 Tattersalls Gold Cup at the Curragh, as the unexpectedly quick ground was also not in his favour. 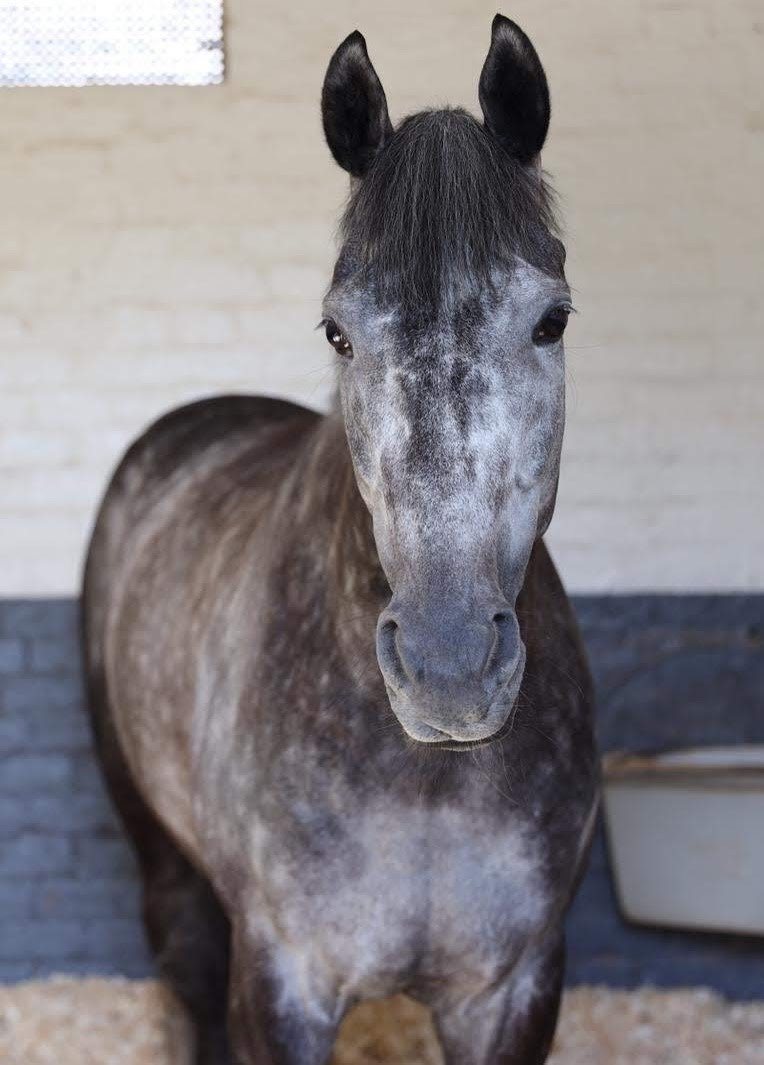 A G1 frustratingly continued to allude him in the autumn as he could only finish 2nd in two top-level G1s in Germany. A gelding operation followed, and although his return as a 5yo was a little disappointing, Defoe was denied a repeat of his G2 Jockey Club Stakes glory of 2018 only by the fine ride on Communique, finishing second with an ever-decreasing gap in front of him. Those two runs did though put him cherry ripe for a first shot at a home G1 since the Leger in a solid renewal of the Coronation Cup- one that would belatedly mark his arrival at the top table. 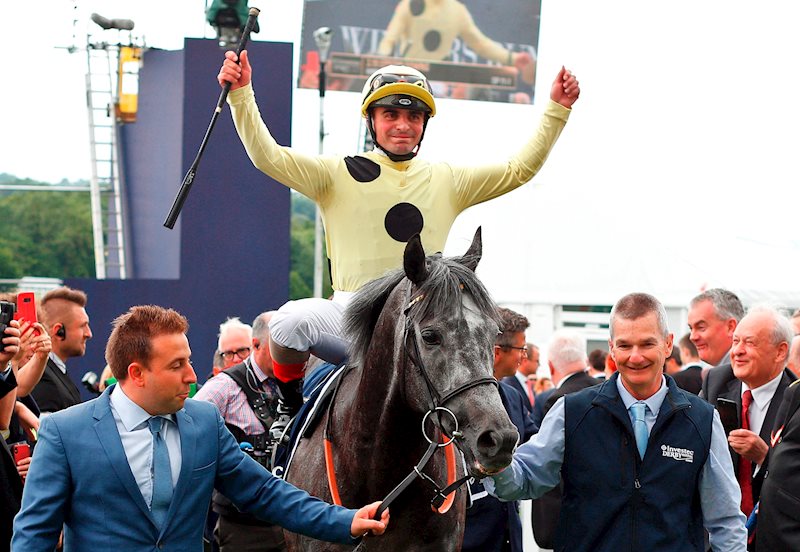 Defoe returns to the winners enclosure after winning his first Group 1 in the Coronation Cup at Epsom, June 2019

Settled in rear off a sound gallop, Defoe looked to have a lot to do swinging into the famous cambered straight, especially as the horse he needed to run down was a proven strong stayer in the shape of the previous year's St Leger winner. While it appeared Kew Gardens was home and hosed a furlong out it was only then that Defoe was really starting to roll, finishing powerfully to hit the front 100 yards out and running through the line strongly 1/2L in front. 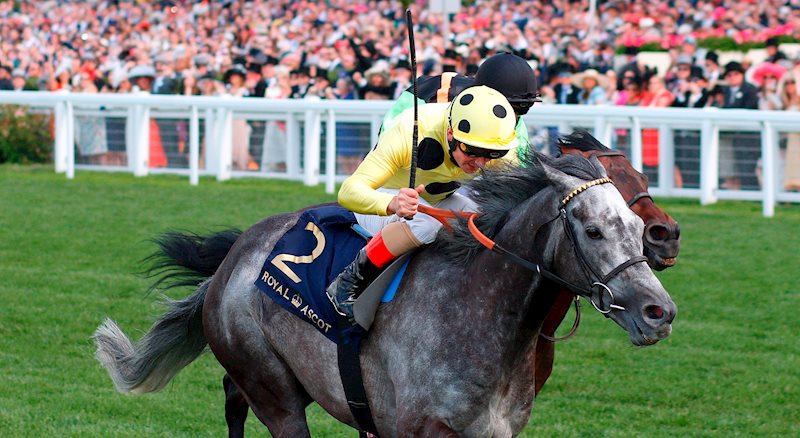 Defoe fends off the late challenge of Nagano Gold in the G2 Hardwicke Stakes at Royal Ascot, June 2019

Although it wasn't going to be easy to match the high profile nature of that effort Defoe managed to do so by following up at the Royal meeting, showing a determined attitude to hold off fast finishers in the G2 Hardwicke Stakes. Although not a G1 the Hardwicke's prestige elevates the race to a similar level, and Defoe's perceived status as a nearly horse became a thing of the past.