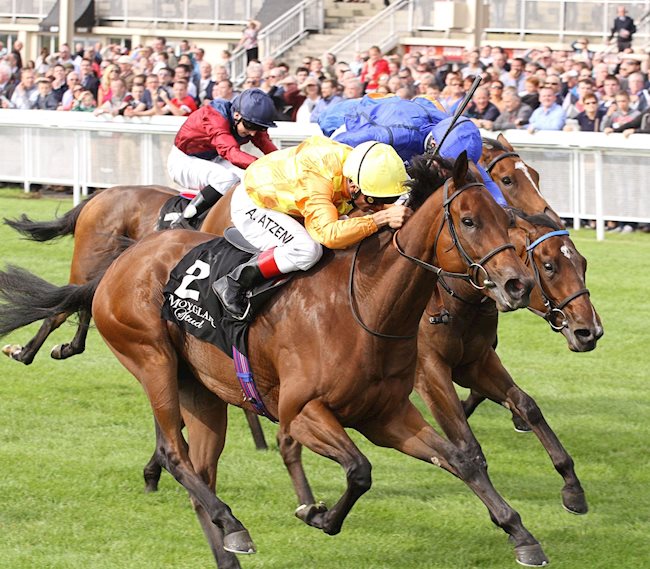 Cursory Glance’s path to G1 glory had a low-key starting point as she was unsold at $150,000 by Merry Fox Stud at the 2013 Keeneland yearling sale; by June of the following year there will have been several buyers ruing a missed opportunity as the then-2yo maintained an unbeaten record at Royal Ascot.

By Distorted Humor out of the Sadler’s Wells mare Time Control, Cursory Glance is from the family of 12f G2 winner Time On and smart producer Time Charter.

She made her racecourse debut in May of her 2yo season in a race Roger had won twice previously with smart types. She gave notice that she could be in a similar bracket, going off 5/2f over Kempton’s 6f and finishing better than anything to win by a length. The bare form wasn’t strong enough to put her amongst the market leaders in the G3 Albany Stakes at Royal Ascot, but she had clearly thrived for her debut and was too good for 20 rivals despite missing the kick half a beat.

Despite losing her 100% strike rate in the G2 Lowther there was no disgrace in going down 1.5L to subsequent Cheveley Park winner Tiggy Wiggy on a track which put too much emphasis on speed for Cursory Glance to show her true ability. It was the stuff 7f at the Curragh which really allowed her to demonstrate what she could do, keeping on strongly to beat subsequent Guineas 2nd Lucida with the high-class Found back in third. Unfortunately injury ended her racing career over the winter and we’ll never know quite how good she could have been at three, although her pedigree would suggest she would only have got better.