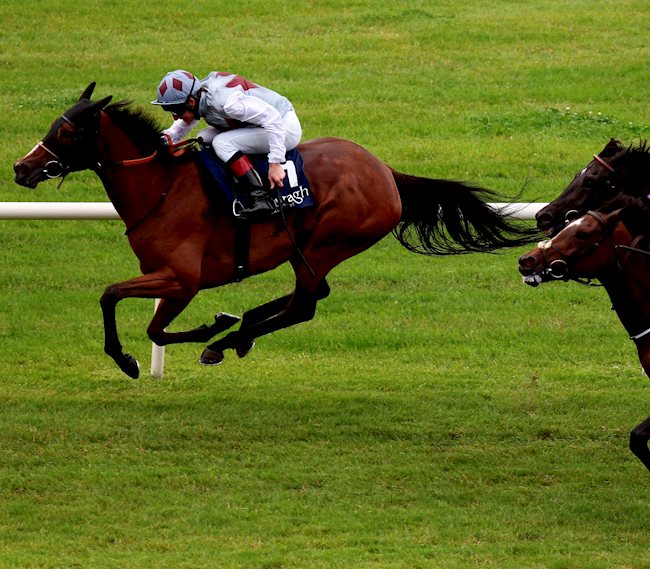 The second G1 winner Roger trained, Ambivalent, cost just 24,000Gns as a yearling and is a half-sister to the Triumph Hurdle winner Made In Japan (Barathea) as well as the once-smart staying-handicapper Sunday Symphony.

Ali Saeed’s filly didn’t take the typical route to top-level success having finished 8th of 11 on her second start/nursery debut over 1m at Kempton. She left that form well behind as a 3yo, winning the Listed Chalice Stakes at Newbury over 12f and running to a similar level in the G2 Park Hill when failing to see out the extended 14f trip. It was as a 4yo that she really shone, making all under Johnny Murtagh to beat the previous year’s Oaks 1-2 Was and Shirocco Star in the G1 Pretty Polly Stakes over 10f at the Curragh.

Ambivalent improved again as a 4yo, finishing a very worthy third in the Dubai Sheema Classic at 50/1 before winning the Middleton Stakes at York, again beating an Oaks runner-up in the process. Her third to high-class pair Cirrus Des Aigles and Flintshire in Epsom’s G1 Coronation Cup over 12f was close to a career best, if not indeed her finest performance.

She was retired after an ambitious but ultimately unsuccessful tilt at the Melbourne Cup, and has produced the G2-winning Al Hilalee (Dubawi) as her only foal to race thus far.