Zaajel looks an exciting prospect for her young sire Awtaad following an impressive victory on debut at Kempton.

Zaajel is the third foal out of Elshaadin, who Roger trained, and her two older siblings have both been in training at Carlburg Stables. Her older brother Khaloosy (Dubawi) won the Britannia Stakes at Royal Ascot in emphatic style this season and he will stay in training next year as a gelded four-year-old. They descend from a fantastic family as Elshaadin's dam Distinctive Look is a half-sister to Nathaniel, Great Heavens, Playful Act, Percussionist and the list goes on!

Zaajel is a homebred of Sheikh Hamdan's Shadwell Stud, by their own stallion Awtaad who won the Irish 2000 Guineas. She becomes her sire's 11th individual winner and certainly looks a smart prospect. She travelled through the race with a great deal of professionalism and showed a smart turn of foot in the straight to win a degree of ease. 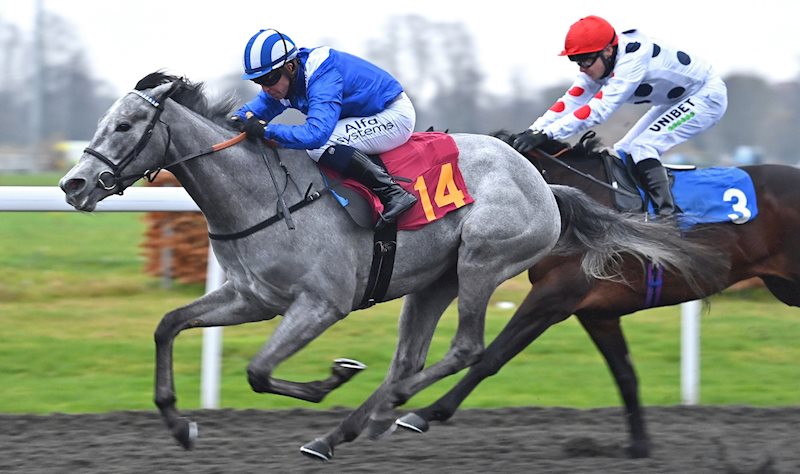