Zari was a promising second at the same track last month and she had little trouble going one better in the seven-furlong fillies' maiden.

She made every yard of the running under Ryan Moore, showing a decent turn of foot to win by two lengths.

Later in the evening, Khatiba returned to the winning groove with a commanding victory in the seven-furlong fillies' handicap.

The daughter of Kheleyf was suited by the fast early gallop and went on to score easily under a well-timed ride by James Doyle.

Roger said: "I was pleased with Zari's performance. She is very straightforward and won nicely.

"Khatiba has always shown plenty at home and it was pleasing to see her get her head in front again. The race panned out perfectly and she has a decent turn of foot." 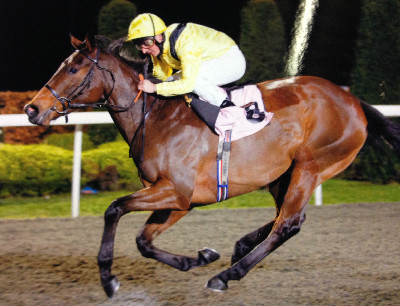 Khatiba winning at Kempton earlier in the year