Love beats all at Leopardstown, as the Make Believe filly, BELIEVE IN LOVE, stormed home in tremendous fashion to claim the Group 3 Irish Stallion Farms EBF Stanerra Stakes. Completing the double on the day with ASJAD victorious in the Follow At The Races On Twitter Novice Stakes at Doncaster earlier in the day.

An impressive performance from the Koji Maeda owned BELIEVE IN LOVE, who made it clear she was back to winning ways today, powering through to land the spoils in style despite shouldering the top weight. Believe In Love was given a patient ride by Ronan Whelan, who settled her in the chasing pack behind the early leaders of the Aidan O’Brien trained High Heels and Sherbet Lemon from the Archie Watson yard. Whelan asked for more at the 2F marker and the filly responded with a striking turn of foot, sweeping through to take the lead in the closing stages. Facing little challenge from the opposition, Believe In Love continued to pick up smartly, cruising to the line a good 1 ½ L clear of Federica Sophia trained by Dermot Weld in second.

A progressive filly last year for her 3YO campaign, it is pleasing to see Believe In Love back on form after a slightly disappointing seasonal debut at York over soft ground.
Today she put in a straightforward stylish performance on international soil, travelling powerfully throughout. We look forward to seeing what the rest of the season has in store for her. 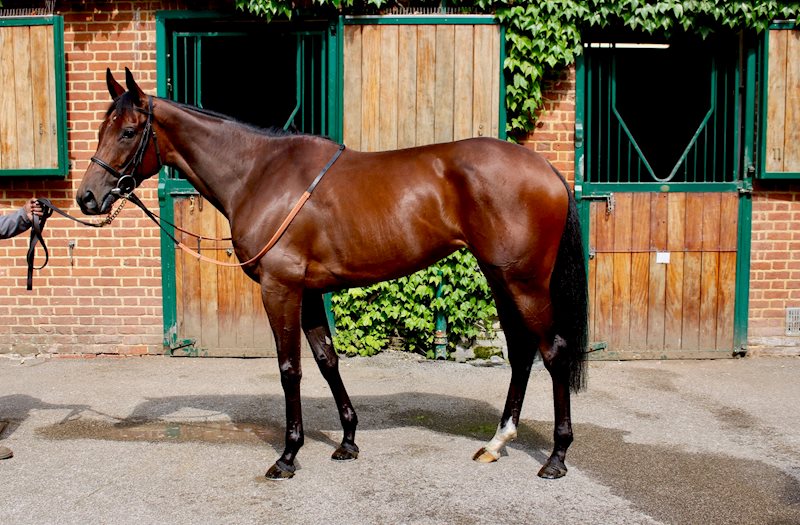 BELIEVE IN LOVE at the stables before she departed for Ireland this week.

Shadwell’s ASJAD readily followed up his Salisbury debut success, making it two from two when landing the spoils in the Follow At The Races On Twitter Novice Stakes at Doncaster this afternoon. Breaking well from stall 6 in the hands of Eoin Walsh, ASJAD settled in second tracking the pace setter ADAAY TO REMEMBER trained by Patrick Owens. Asjad was soon in command as he moved through to take the lead in the final furlong, running on well to put the race to bed in an impressive fashion, 2 ½ L ahead of his rivals the closest Adaay To Remember.

Congratulations to Shadwell Estate Company Ltd and connections. The son of Iffraaj justified favouritism in style amongst competitive company. It certainly was a day to remember for Asjad, Believe in Love and the team, well done to all involved.