The son of Verglas was having his first start for us having been purchased privately after finishing second to Gleneagles in the Futurity Stakes at The Curragh in August.

Vert De Grece was sent off the 7/2 second favourite behind the short-priced favourite Alea Lacta. He was settled in the midfield by Umberto Rispoli where he travelled well.

There were six in a line as they entered the final two furlongs but Vert De Grece was responding well to Rispoli's urgings and surged forward to take the lead at the 200m marker.

A delighted Roger, who had just touched down in Australia, said: "That was great. He hasn't been with us long but he is a straigthforward colt and we had been pleased with him in the build up to the race.

"The step up to a mile has really suited and he has handled the soft surface well."

Vert De Grece's victory caps what has been a glorious autumn for the stable. This Group 1 was the fourth in just over six weeks following Kingston Hill (St Leger), Cursory Glance (Moyglare Stud Stakes) and Belardo (Dewhurst Stakes).

Roger added: "The horses have been in great form this autumn and credit and thanks must go to all the team at home." 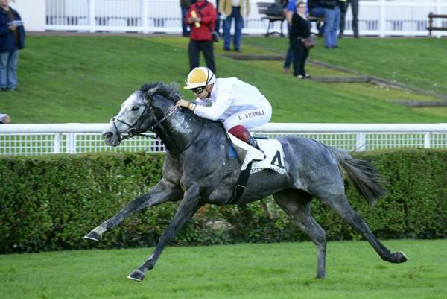