The all-weather track at Kempton continued to bring winning form for the son of Frankel VALYRIAN STEEL, who knuckled down to land the spoils in the feature race of the day.

Following a win over the same course and distance in May, Valyrian Steel showed an improvement in form, coming on strongly from the rear of the field to score in an impressive fashion in the Try Our New Price Boosts At Unibet Handicap. Despite being held up at the rear for the most part of the mile and a half race, Egan settled the horse and made a timely move when the field swung into the home straight. Ridden under hand and heels from inside the 3F marker, Valyrian Steel dug in to move powerfully down the centre of the track to take the lead from Galata Bridge, who had been the front runner for the majority race. Egan did well to keep Valyrian Steel up together as he hung left in the final 110yds, but Egan corrected him and running on well to deny Galata Bridge by ½ L at the line, with the John and Thady Gosden trained Taqareer a further 1 ¾ L behind in third.

Congratulations to winning connections and David Egan for putting in a smart performance aboard the short-priced favourite. The well-bred Frankel colt looked like he ran on easily with plenty left in the tank, he remains an exciting prospect as he will have no doubt improved from the run. 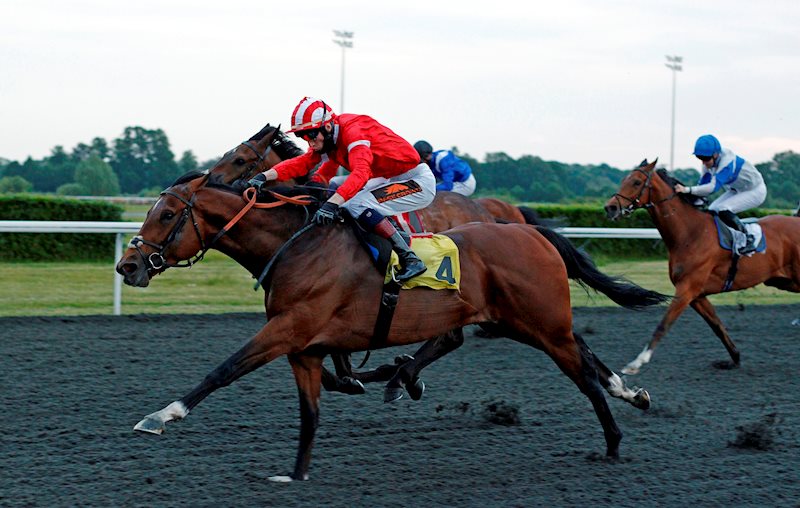