Stable companions Fujaira Bridge, Victory Angel and Tomyris also passed the post in front, while our fifth and final runner, Karisma, succumbed by a mere neck in her quest to complete the magical five-timer.

Owned by Sheikh Mohammed Obaid, UAE Prince and Fujaira Bridge both justified favouritism at Ripon under two fine Andrea Atzeni rides, sitting prominently at a course renowned for favouring those ridden handily and exerting their authority inside the final furlong.

The victory was the first at four attempts for Fujaira Bridge, who saw off Lamloom in the mile maiden with the pair pulling nine lengths clear of American Craftsman back in third, while UAE Prince was securing his second success and looks set to have his sights raised now.

Roger said: “UAE Prince has always worked nicely at home and it was important he came here and won as he did. His strong-travelling style will stand him in good stead when he steps up in class and I suspect he will move into Listed company next time.

“Fujaira Bridge can be a little keen, but they went a good gallop and he did it nicely in the end. He will continue to mature both mentally and physically and I hope he can go on from here.”

While Andrea Atzeni secured a double at Ripon, Silvestre de Sousa performed the same feat at Newmarket, landing the six-furlong handicap on Victory Angel and the seven-furlong fillies’ maiden aboard Tomyris.

Owned by Mr Ziad Galadari, Victory Angel broke his maiden at Doncaster in the autumn and proved an opening mark of 81 all wrong when skipping clear meeting the rising ground to run away from the eight-strong field by two and a quarter lengths.

Mr Nurlan Bizakov’s Tomyris was equally imperious a little over two hours later, travelling sweetly towards the rear of the eight runners before challenging down the centre of the course and readily exerting her superiority inside the final furlong.

Roger said: “Victory Angel was more professional here than he had been as a juvenile and there is a lovely programme for sprinters with his profile across the summer. He will stick to handicaps for the time being.

“The form of Tomyris' Kempton debut now looks very strong with the winner, Daban, subsequently landing the G3 Nell Gwyn Stakes and our filly is a really promising sort who will probably be aimed at Listed level now.”

While a neck prevented Karisma from upholding the perfect record of the yard on the day, Ms Yvonne Jacques’ daughter of Dark Angel ran a gallant race on her return from a break in the mile fillies’ handicap at Lingfield and she looks capable of returning to winning ways very soon. 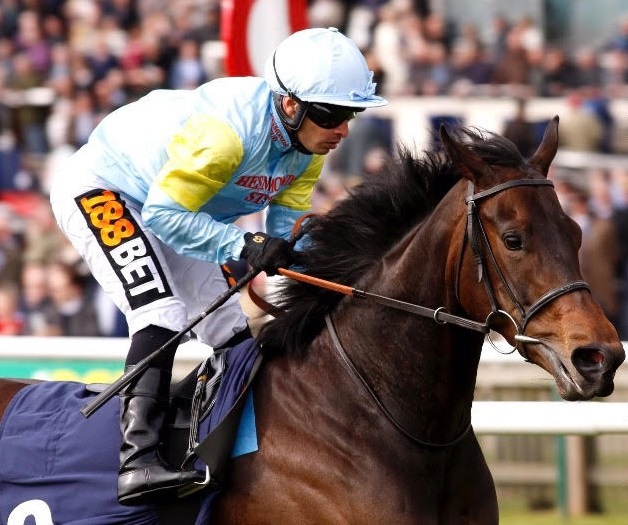