Kennet Valley Thoroughbreds have kindly sent us a Holy Roman Emperor colt to train for 2017 and shares are still available in this good-looking two-year-old, who was purchased out of Book Two at the Tattersalls October Yearling Sale.

From a family littered with black-type performers, he is out of the Singspiel mare Megaspiel, who is an own-sister to Three Degrees - a Grade 2 winner and Grade 1 placed mare in the US - and Mehronissa, who finished fourth in the Group 1 Sprint Cup last year before chasing home former champion two-year-old Shalaa in the Group 3 Bengough Stakes at Ascot.

Holy Roman Emperor enjoyed another fine season on the track in 2016, most notably as the sire of Group 1 Hong Kong Mile winner Beauty Only, and Roger is excited about getting this juvenile on to the racecourse.

He said: “This colt is a strong, well-made type who looks precocious and I hope he will make his debut by midsummer. Plenty of his relatives have proven themselves to be stakes performers and he ticks plenty of boxes to suggest he will follow in their footsteps and prove a success on the racecourse.”

Share prices and further information can be found at http://www.kvtracing.com/syndicates, or by contacting manager Sam Hoskins on 07791 746 119 or sam@kvtracing.com.

Following on from the success of Golden Slam, a Lingfield maiden winner at two who is nicely handicapped for 2017, Biddestone Racehorse Syndicates have kindly sent us a Casamento colt to train for the forthcoming season and shares are still available in this athletic-looking juvenile.

Purchased at the Doncaster Premier Yearling Sale, he is by second-season sire Casamento, a Group 1-winning son of Shamardal who made a fine start with his first crop, headlined by Group 3 Horris Hill Stakes runner-up Kings Gift.

Bred to be precocious, he is out of the Invincible Spirit mare She’s A Character, who streaked away with a six-furlong Doncaster maiden on debut at two and subsequently finished fourth in the Group 3 Albany Stakes at Royal Ascot.

The colt’s half-brother, Jumping Jack, was a dual winner for Richard Hughes last season and he recorded a personal best when placed in a hot class two nursery at Newmarket, the form of which has worked out well.

Roger said: “This colt is nicely put together and winners run throughout his pedigree. He should be capable of making a start over six or seven furlongs in the summer and hopefully take after his dam, who produced a fine performance at Royal Ascot as a juvenile.”

Share prices and further information can be found at http://www.biddestoneracing.com/casamento-colt-with-roger-varian.html or by contacting syndicate manager Matt Budden on 07425 140 291 or info@biddestonestud.com 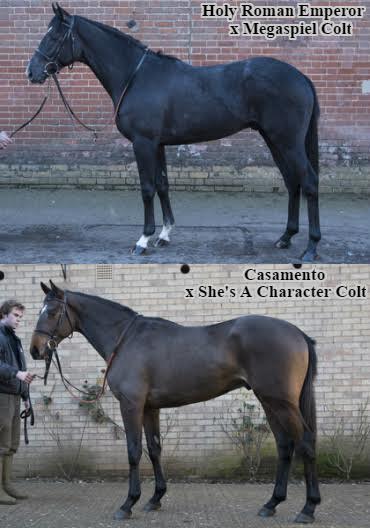