The son of Henrythenavigator, who carries the colours of Saleh Al Homaizi and Imad Al Sagar, showed an impressive turn of foot to win in the hands of William Buick.

Buick settled Toofi in the middle of the pack where he raced smoothly. The favourite Jollota kicked for home going into the 'dip' but Buick had that rival in his sights and went in pursuit.

As they hit the rising ground Toofi powered into the lead and, despite idling slightly, he passed the post a length to the good.

Roger said: "That was great. He has been working nicely and we hoped he would go close. He has a decent turn of foot and is a nice prospect."

Later in the afternoon, Kingston Hill got his career off to the best possible start when winning a seven furlong maiden on debut at Newbury.

The son of Mastercraftsman relished the soft going and ran on strongly to beat the odds on favourite Exchequer by a length and a half. 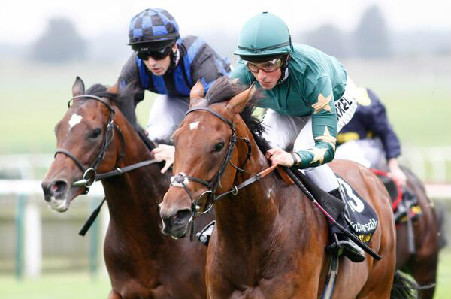