Two-year-olds Teona and Legion Of Honour get off the mark on their second starts while Dublin Pharaoh adds a third win to his CV with a dominant display under James Doyle.

Dublin Pharaoh has now won races over 1m, 1m2f and 1m4f following this third career win at Newcaslte on Thursday afternoon. He was being partnered for the first time by James Doyle who did well to take up a prominent position just behind the leader from his wide draw in stall six. From there Dublin Pharaoh over-raced slightly thanks to a steady pace set by Cloud Thunder, which forced James to take up the running with 3f still to run. Thankfully Dublin Pharaoh was always doing enough in front, using his giant stride to gallop his rivals into submission.

The next Varian Stable inmate to earn her place in the winner's enclosure was Teona, who is regally bred being out of the Group 1 winner Ambivalent and by the dual Classic winner Sea The Stars. On her first start three weeks ago she encountered some traffic problems over a mile at Newcastle where she had to settle for second behind the impressive Sea Empress, but this time Jack Mitchell only had to release the handbrake to let Teona cruise into the lead. She had raced keenly through the first half mile, but once into the straight she extended and then quickened away smartly to record a 9l success. She is a gorgeous big filly with a huge amount of potential, so it was really exciting to see her show that on the track. 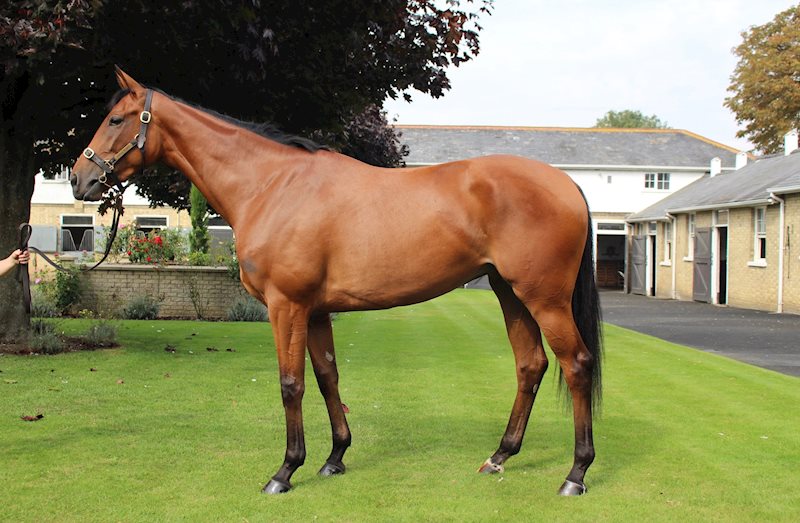 Like Teona Legion Of Honour was having his second start this afternoon having made an impressive debut at Haydock back in June. The form of that race has worked out very well, with the winner Devious Company finishing second in the G2 Superlative Stakes and the G2 Vintage Stakes, so it was no surprise to see him well supported in the market beforehand. The race panned out perfectly for the double seeking James Doyle who settled Legion Of Honour in a lovely position just in behind the leaders. As many of his rivals started to come under pressure Legion Of Honour cruised into contention and swept by the long time leader Colonel Faulkner. There was a moment when it looked as though Captain Cooper was going to make a decent challenge on the far side, but Legion Of Honour was kept up to his work by James and continued to extend his advantage to eventually record a 2¼l victory.