The winners keep coming as ZANBAQ and KOLSAI land a Newmarket double, and SEEOLA makes it a cross-card treble at Newcastle.

Sandringham-runner up ZANBAQ made no mistake today, fighting it out to the finish to prevail by a head under a determined ride from Jim Crowley. The three-year-old filly was prominent throughout, tracking leader before launching her challenge as they rose out of the dip. In the run up to the line it developed into a turtle for the lead between trio CRYSTAL CAPRICE, ZANBAQ and WHITEBEAM, who drew clear of the field, but it was ZANBAQ who battled on gamely to take the win.

Congratulations to owners Shadwell Estate and Sheikha Hissa Hamdan Al Maktoum. ZANBAQ was a sales topping yearling, costing £450,000 at the 2020 Goffs Orby sale, and is from the family of the Varian-trained G1-winning ZABEEL PRINCE. 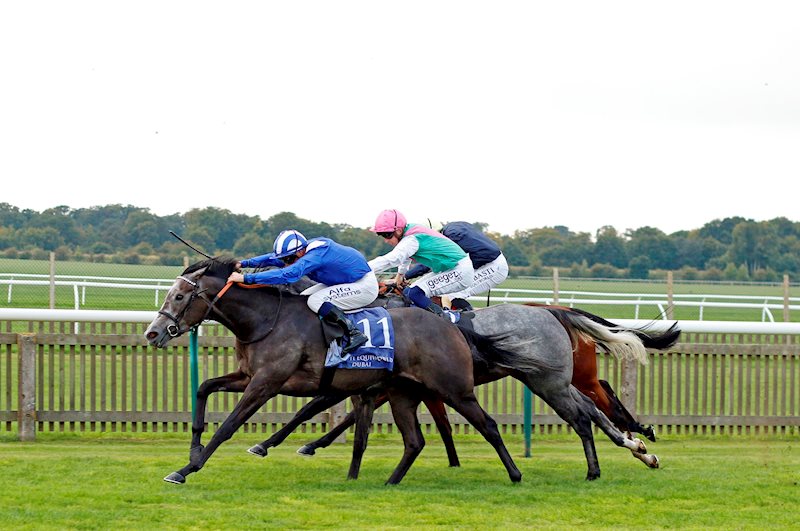 KOLSAI shaped with promise on debut at Leicester but went one better today to land the Al Basti Equiworld, Dubai British EBF 'Confined' Maiden Stakes, shedding his maiden tag and making it a Varian Stable double on the Newmarket card. 2f from home and the field were practically in a line, but it was KOLSAI who began to assert within the final furlong, punching up the centre of the course to win by 1/2L in the hands of DAVID EGAN - giving him his 50th winner of the season! 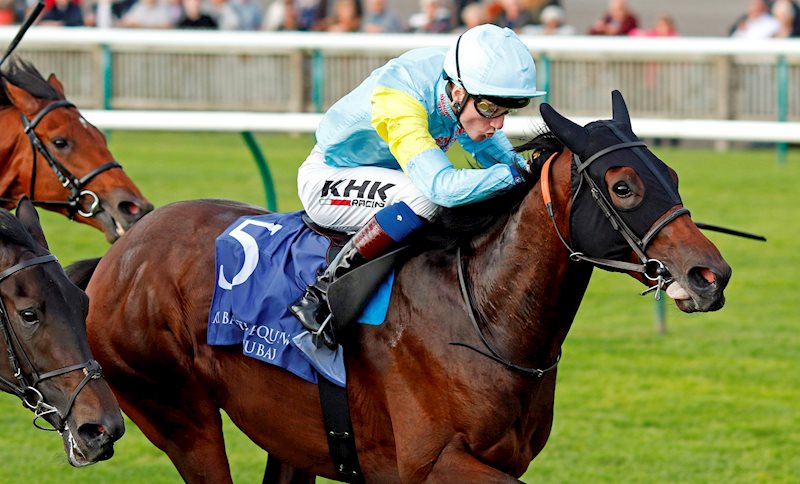 SEA THE STARS filly SEEOLA toughed it out at Newcastle to shed her maiden tag on her fourth career start. Third and fourth respectively on her last two starts, the three-year-old filly switched back to the AW and made a step up to 1m4½f, but looked to relish the challenge with plenty of fire left to fight it out at the finish and come out on top.