The son of Oasis Dream made almost every yard of the running under Tom Queally, who judged the pace to perfection.

Taraz was keen to get on with it in the early stages but Tom soon got him settled in front. He got a breather into his rounding the bottom bend before kicking with two furlongs to run.

His rivals were queuing up in behind but Taraz was too strong and went on to win by three-quarters of a length.

Roger said: "He didn't get any sort of run at Ripon so we decided to make plenty of use of him and it has worked.

"He stays the trip well and showed a nice attitude." 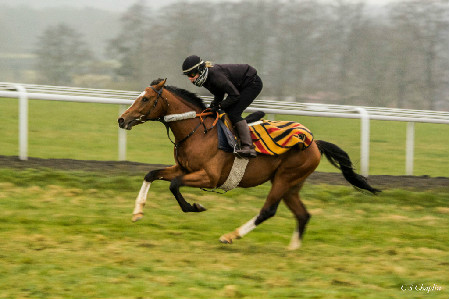