The son of Raven's Pass won on his seasonal bow at Kempton last month and backed that up with a convincing victory in the hands of Paul Hanagan.

The field set off at a brisk tempo, allowing Paul to get over from his wide draw. Tajheez travelled strongly and Paul crept into the race, gradually getting closer up the straight.

He kicked for home with over a furlong to go and Tajheez hit the front under hands and heels. He idled a little in front but was always doing enough to hold the runner up by a length.

Roger said: "He is a progressive horse who travels strongly through his races. He has idled a little in front but has done it nicely enough." 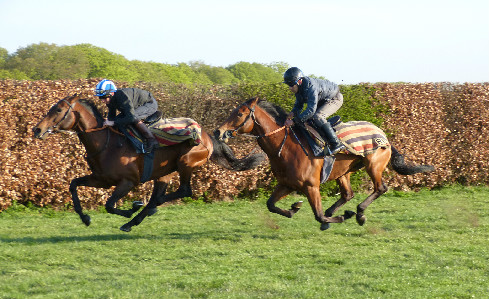