Steve Rogers won his fifth race of the season when taking a two mile handicap at Chester whilst American Artist won for the third time at Doncaster in a 1m2f Classified event.

Steve Rogers, a son of Montjeu, got the perfect passage under Adam Kirby, sitting in the box seat behind the leader Be Perfect.

He went in pursuit of the leader and got up late in the day to win by half a length.

American Artist has won at Sandown and Leicester this season and added another to his tally in smooth fashion under Andrea Atzeni.

He was always to the fore and quickened up smartly to win by a length and three-quarters.

Roger said: "It is not very often one wins five in a year so all credit to Steve Rogers. All he has done is improve and improve.

"The Cesarewitch is the aim and fingers crossed with a penalty he will get in.

"American Artist has won really nicely. He is an improving colt and the step up to ten furlongs has suited. Hopefully there is more to come." 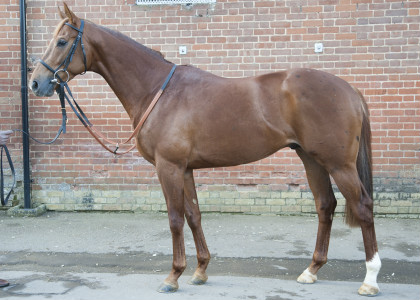