The son of Verglas won the Portland Handicap off top-weight the week before and continued his winning thread back up in Group company.

The race was run to suit with the leaders going fast up front. Jamie Spencer, aboard Steps, got plenty of cover and he travelled strongly.

Jamie switched to make his run up the stand's side and Steps finished with a rattle, getting up on the line to win by a nose.

Roger said: "We know when it falls right, Steps is a smart sprinter and it was great that he has achieved a first Group win.

"We shall probably take our chance in the Prix de l'Abbaye next - if the ground come up very soft it can suit a closer and he deserves a crack at it."

Shamlan made it a double on the day when winning a 7f maiden at Catterick under Jack Mitchell. 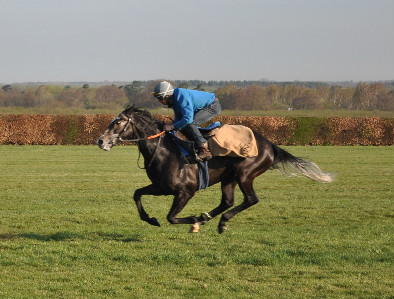 Steps on the Limekilns