The return to grass coincided with significant improvement for EL DRAMA who landed the Tote-backed Dee Stakes at Chester this afternoon.

The progression again in trip, combined with a seasonal debut back on the turf, proved a winning combination for the Lope De Vega colt, who travelled like the best horse in the race. Breaking strongly from stall six, the in-form Andrea Atzeni ensured El Drama was always well placed, staying hot on the heels of the favourite Yibir who lead in the early stages. El Drama continued to run on keenly down the near side, travelling easily over the course and distance. As they swung into the home straight Andrea, handily poised in second, made his move. The pair were the first to commit and El Drama displayed an impressive turn of foot, opening up and moving through to put his head in front. Nothing else could land a blow bar the Sir Michael Stoute trained Maximal, who was sticking on strongly, adding pressure in the closing stages. But El Drama kept on and was always doing enough, coming away gamely to beat Maximal in second by a clear length to land the Dee Stakes.

Congratulations to winning connections and Andrea Atzeni for putting in a smart performance. The 3YO son of Lope De Vega remains an exciting prospect and has entries in the French Derby at Chantilly and The Derby. 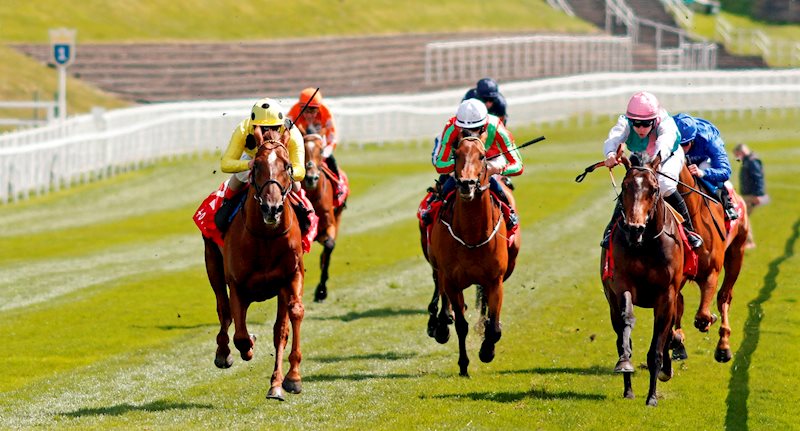