Wolverhampton and Jack Mitchell seem to be the winning combination as 5YO TINKER TOY puts in a smart performance to score in the Mansionbet Lady Wulfruna Stakes (Listed) followed soon after by a thrilling dead heat between SEVEN POCKETS and FIGURES at Kempton.

Jack Mitchell continued the stables winning form, positioning TINKER TOY well through out the course and distance.
The son of War Front was always doing enough, keeping on top in the final stages to land the prize. Congratulations to winning owners Merry Fox Stud LTD. 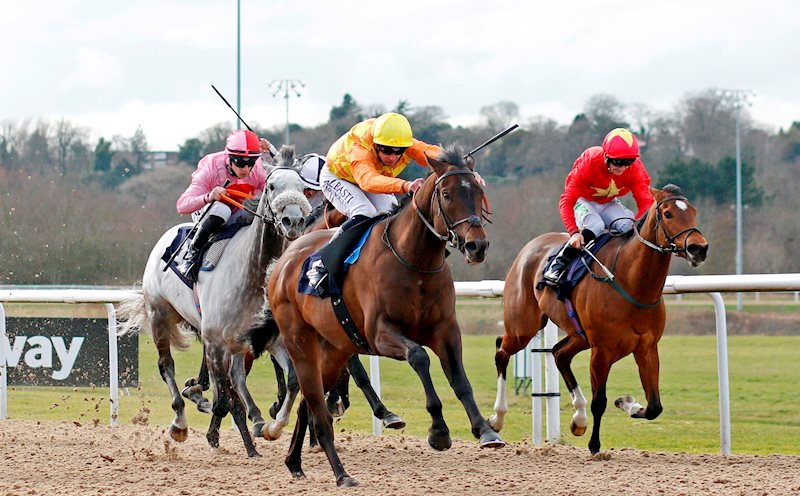 SEVEN POCKETS, under french jockey Jefferson Smith, put in a high octane performance treating racegoers to produce a thrilling dead heat finish with FIGURES from the Simon and Ed Crisford yard. The pair were so close on the line judges could not split the result from the photo finish.

The striking colt seen here below proudly wearing his lucky charms (Omamori) that arrived the day before his win at Kempton Park Race Course from a devoted dam VODKA fan in Japan. Omamori bring health and success which it clearly did for SEVEN POCKETS this weekend in a thrilling dead heat finish.

The yard is on flying form as the win completed the double on the day, totalling 4 wins across 3 days for the team. 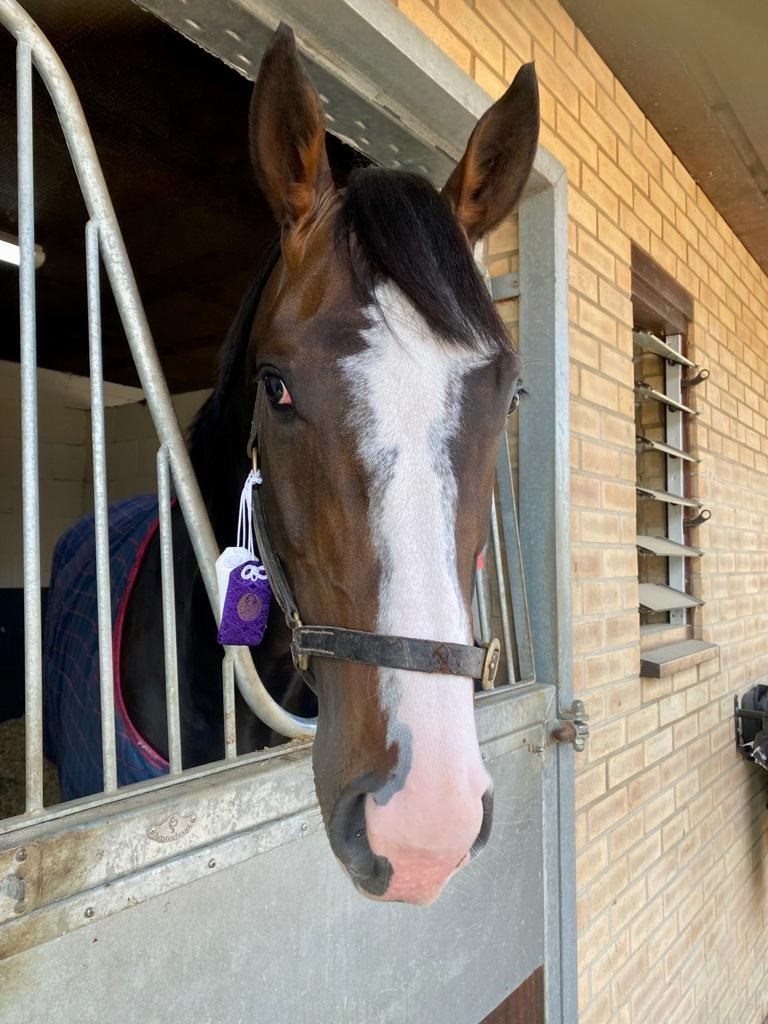 SEVEN POCKETS with his Omamori lucky charms from Japan.