Dahik, Trick Of The Light and Commander also obliged to equal Roger’s record of most winners in a day, matching the tally achieved during the Craven Meeting in April, and continuing the fine start to the season made by the Varian Stable team.

Owned by Prince A. A. Faisal, Solomon’s Bay produced a career-best performance in the hands of Silvestre de Sousa, building on his fourth-place finish in last month’s King Charles II Stakes at Newmarket last month by reversing the form with the John Gosden-trained Seven Heavens in what proved an authoritative display.

A homebred son of Exceed And Excel who hails from the further family of 2014 Oaks winner Taghrooda, Solomon’s Bay proved himself equally adept at handling Epsom’s idiosyncratic cambers, switching off at the rear of the septet in the early stages before challenging inside the final quarter mile and asserting by three-quarters of a length at the line.

Roger said: “Solomon’s Bay is a progressive individual who has improved with racing. Subject to how he comes out of the race, and so long as Prince Faisal agrees, I would like to run him in the G3 Jersey Stakes at Royal Ascot in 19 days time. He is a bright prospect for the rest of the season.”

Ridden by Dane O’Neill, the son of Society Rock had shown clear promise when finishing runner-up in a warm newcomers’ maiden at Doncaster on debut, and he got off the mark at the third attempt here with a very comfortable five-length success.

Roger said: “Dahik is a sharp two-year-old who has achieved a good level of form so far. He enjoys fast ground and handles himself professionally, so I would think the Listed Windsor Castle Stakes at Royal Ascot would look the obvious race for him.”

Our crack seven-pound claimer David Egan proved just why he is one of the brightest young talents in the weighing room when steering Trick Of The Light to victory in the subsequent sprint handicap.

Owned by Messrs Collins, Fahy and Piper, Trick Of The Light appreciated chasing a strong pace on fast ground, settling nicely behind the leaders before asserting his authority inside the final furlong, confirming himself as a three-year-old on an upward curve.

Roger said: “These conditions were ideal for Trick Of The Light and he did it well. Physically he should continue to improve with racing and there are plenty of nice opportunities for him in the summer months. Fast ground is the key.”

Last but by no means least, the China Horse Club-owned Commander broke his maiden at the third attempt with a courageous success in the mile maiden at Doncaster under Harry Bentley.

The son of Frankel, who is a half-brother to Group 1 sprinter Regal Parade, was narrowly denied when going down by a neck on his seasonal reappearance over this trip at Newbury.

While he looked to be succumbing to the same fate inside the final half-furlong as the James Fanshawe-trained Cape To Cuba emerged with a rattle on the stand-side rail, Commander showed bravery in abundance to stick his neck out approaching the line and regain the lead inside the shadows of the post.

Roger said: “Commander is really improving with racing and he will only progress across the course of the summer. He is a nice prospect for the growing China Horse Club operation and he looks sure to stay at least ten furlongs." 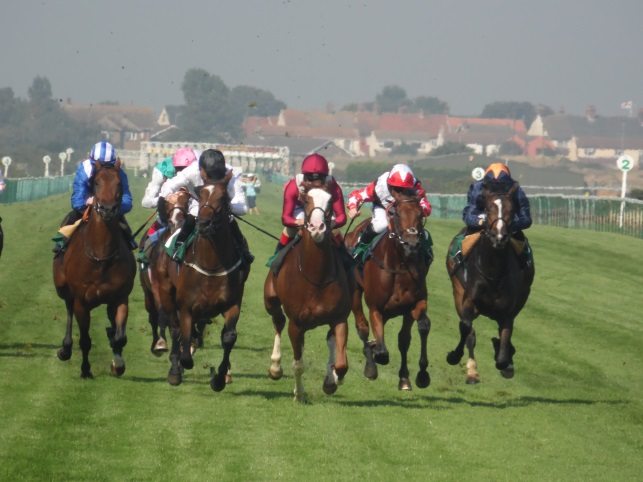