His victory came just hours after Kingston Hill had provided the team with a first British Group 1 winner in the Racing Post Trophy.

Soaring Spirits has been a tough and consistent peformer for his owners this season and this was his second victory of the campaign.

He was given a positive ride by man-of-the-moment Oisin Murphy, who was always to the fore on the 7/1 chance.

Murphy kicked for home with three furlongs to run and Soaring Spirits stuck on gamely when challenged to win by half a length.

Roger said: "Soaring Spirits has run well all season and this was his best performance to date. The drop back in trip hasn't inconvienced him and he acts on the soft ground well."

Soaring Spirits is lot 1223 in next week's Tattersalls Horses In Training Sale. 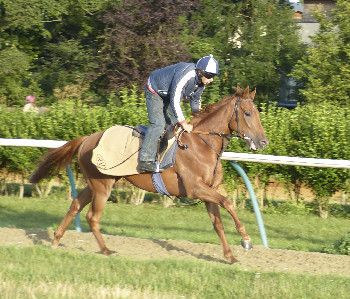