The son of Cape Cross was up 7lb in the handicap following his win at Lingfield three weeks ago but this proved no barrier and he won well in the hands of Graham Lee.

He was drawn well in four and Graham kept it simple, settling Mindurownbusiness on the heels of the leader Santafisio.

He travelled supremely well throughout and was perfectly poised to strike when they turned for home. He showed a sharp turn of foot to hit the front and stuck on gamely to win by three-quarters of a lengths.

Roger said: "Mindurownbusiness has thrived in recent weeks and won nicely today. He is a strong traveller with a good turn of foot. He is in the Lincoln and would now probably get into the Good Friday Mile race so we have options with him." 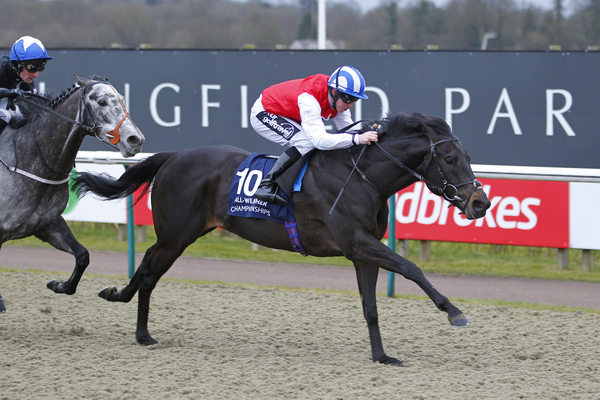