Owned by Mr Saif Ali, Shargiah finished fourth on his reappearance at Lingfield a fortnight ago, proving unsuited by the steady early tempo, but he showed the benefit of that pipe-opener tonight, winning by a comfortable length in the hands of Andrea Atzeni.

A winner of a mile maiden at Ripon last summer, Shargiah was tackling middle distances for the first time here and as befits a son of New Approach, he improved for the step up in trip, travelling sweetly in behind the leaders before being switched into the centre of the track to challenge three furlongs out.

Long-time leader Prendergast Hill looked briefly to have stolen a march against the favoured stand-side rail, but Andrea brought Sharigah to the boil up the home straight, hitting top gear inside the final furlong before powering into the lead inside the final 100 yards.

Roger said: “Shargiah was unsuited by the early dawdle at Lingfield, but he’s improved for the step up in trip here. He clearly stays well and enjoys top of the ground. I suspect he will get further in time and he looks the type to continue to improve with racing.” 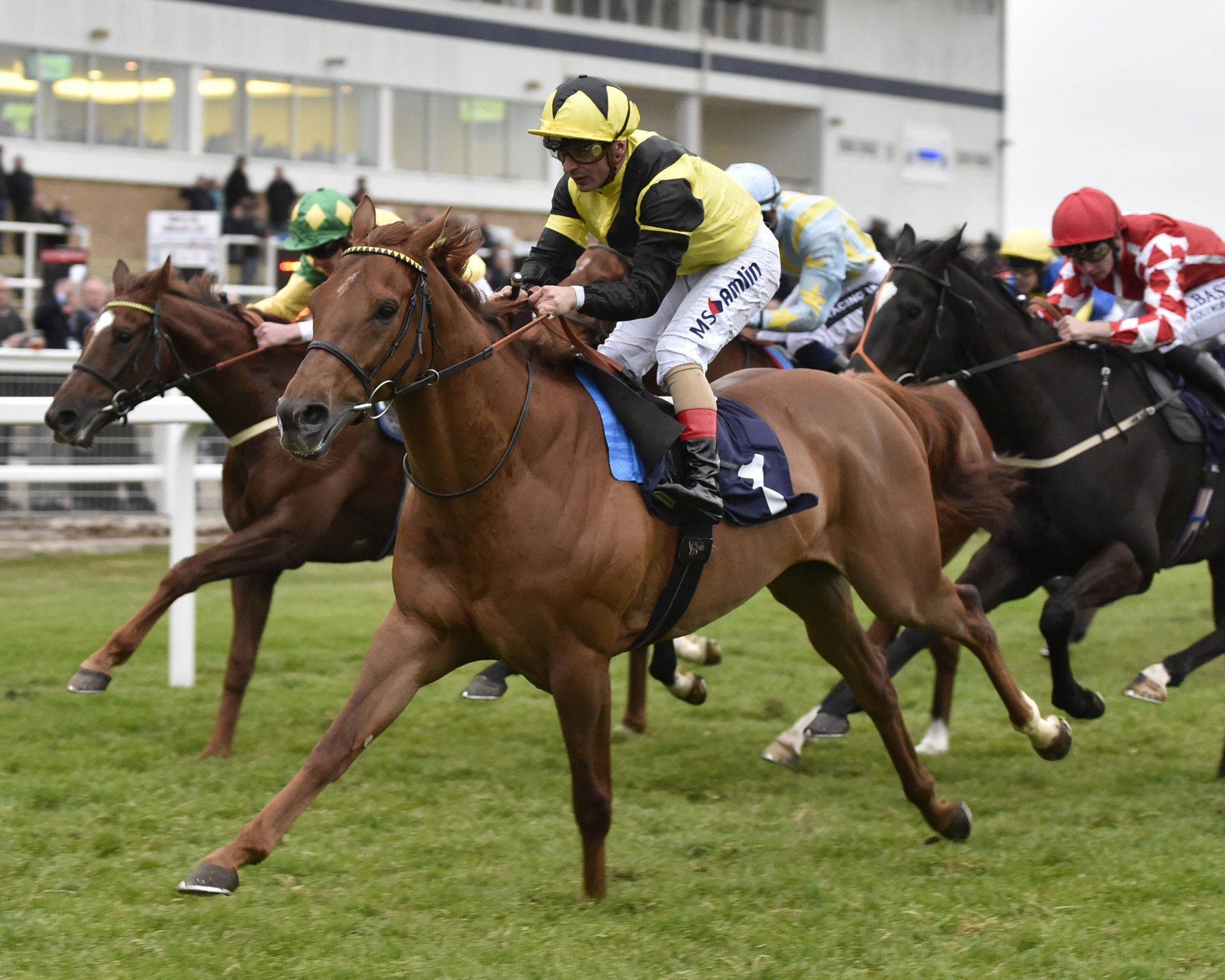 Shargiah and Andrea Atzeni winning at Windsor on Monday evening.