The move up in trip on good to firm proved a winning combination for SED MAARIB, who went one better than his Salisbury run earlier in July, today landing a well deserved victory in the EBF Novice Stakes.

It was third time lucky for David Egan aboard Sed Maarib, who on this occasion won comfortably with plenty left in the tank. Egan had Sed Maarib poised in a handy position tracking the leaders Dreadfort and Edinson Kevani. Despite losing an iron inside the final two furlongs Egan skilfully pushed Sed Maarib on, the 2YO colt responded well and accelerated smoothly through to take up the lead. Opening up in a short time Sed Maarib was away and gone, cruising easily to the line to score impressively 4 and ¾ lengths ahead of second placed Bababobo from the David Loughnane yard.

Congratulations to winning connections of KHK Racing Ltd. The well-bred son of American Pharoah justified favouritism at Beverley today, an exciting prospect as he has shown a marked improvement in every run on the track. 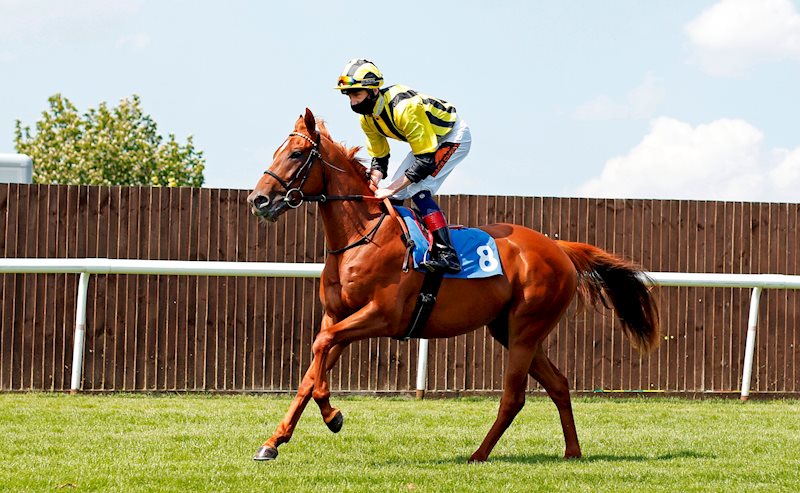