The stable recorded a double on the day for Sheikh Mohammed Obaid whose three-year-olds LORD CAMPARI and ESPRIT ROSE scored at Newbury and Leicester respectively.

Lord Campari put up a sensational performance over the straight mile at Newbury where he made the running and never saw another rival as he extended under a hands and heels drive to record a 4¾l victory over the well supported Tsar of John Gosden's. This son of Kingman out of the Dubawi mare Blanche Dubawi was 6/12 on his only start as a juvenile, but he is a big framed horse who has thrived throughout the winter and spring into the imposing athlete he is now and this physical development showed in a dominant display.

Later in the afternoon Esprit Rose built on two decent placed efforts last season to get off the mark in a 6f novice at Leicester. She gave away ground at the start but moved into the race in eye-catching style to produce a strong challenge on the outside and win by ½l. 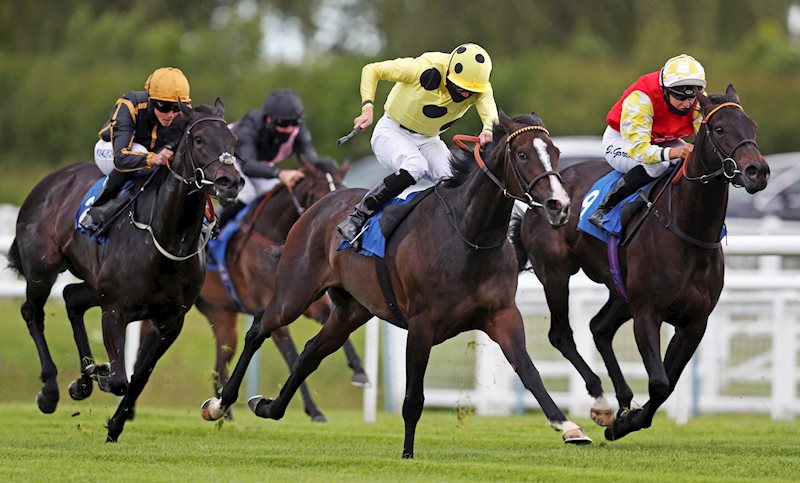 Esprit Rose getting off the mark at Leicester under Jack Mitchell