After an extremely consistent, but undeniably frustrating, week at Glorious Goodwood and elsewhere it was fantastic to see the ever-improving Save A Forest land her first blow at Listed level in the Chalice Stakes on the July Course at Newmarket.

The Gredley Family’s filly could perhaps have been third in the Oaks with a clearer run through (could she have won? maybe not…) and with her doing her best work at the finish there it was apparent stamina was going to be her forte, so the solid pace in the Chalice really played to her strengths. It was to Callum Shepherd’s credit that he allowed her plenty of time to find her rhythm in rear and she was produced with her run in plenty of time to bring those untapped stamina reserves into play. The official margin of half-a-length would look tight enough, but she was very much holding the runner up at the line.

A full sister to the Gredley’s Winter Derby third Father Of Jazz, she has clearly inherited more of the family stamina than her brother and now has races like the G2 Park Hill at Doncaster as potential targets. Congratulations to the Gredley’s and to Callum, and we look forward to continuing this filly’s development. 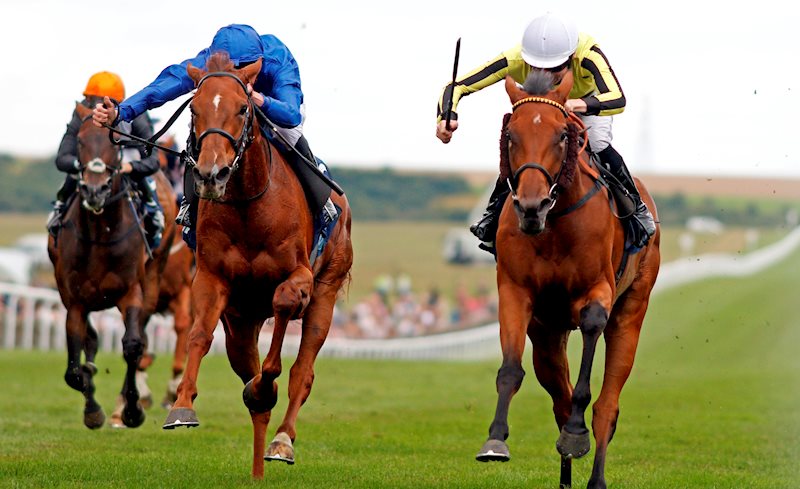 SAVE A FOREST (pictured right in yellow and black stripes) at Newmarket 31.7.21