Proving too speedy for his rivals John Deer’s RUSSET GOLD opens his account in style under Ben Curtis in the Trevor Woods Memorial British EBF Novice Stakes at Pontefract.

The move down in trip to 5F from 6F on his last appearance in July proved a winning move as he showed a marked step up in performance this afternoon. The two-year-old colt broke well and remained hot on the heels of the leader Tahla in the initial stages. Launching his challenge at the 2F marker RUSSET GOLD accelerated powerfully away up the home straight to land the prize with plenty in hand.

Congratulations to winning owner John Deer of Oakgrove Stud and connections. RUSSET GOLD justified favouritism in taking fashion this afternoon, readily opening his account at the third attempt. We look forward to seeing what more this well bred son of Al Kazeem can go onto do this season. 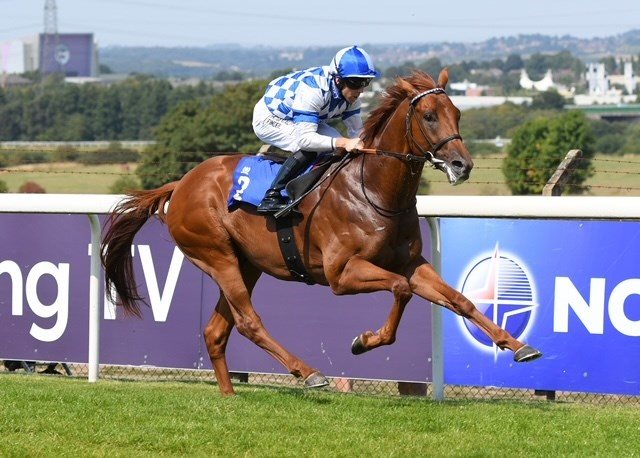 RUSSET GOLD (GB) in the hands of Ben Curtis