Owned by Sheikh Mohammed Obaid, Madeline shaped with promise when finishing fifth at Ascot on her debut a fortnight ago, a race that has already produced a subsequent winner and looks a solid piece of form.

With that run under her belt and stepped up a furlong here, the daughter of Kodiac put her experience to good use to get the better of the well-touted Billesdon Brook, who finished runner-up on her racecourse bow at Salisbury, by a length.

The pair pulled fourth lengths clear of the third in a time that compared favourably with the older-horse sprint handicap run later on the card and Madeline, who is from the family of Group 1 Pretty Polly Stakes winner Thistle Bird, will now be pitched into the G3 Albany Stakes at the Royal Meeting next month.

Roger said: “I liked Madeline before her Ascot debut and she turned in a nice performance, but I was pleased how far she has come in the space of 15 days, as Richard Hannon likes his filly and this ought to prove good form.

“She clearly appreciated the step up to six furlongs and she will stay at the trip for the Albany Stakes, which will be her next target all being well.” 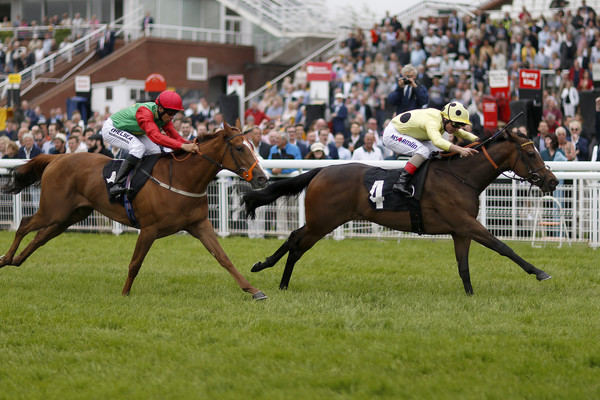 Madeline and Andrea Atzeni winning at Goodwood on Saturday.