It was 'edge of your seat' stuff as Spencer weaved a passage from near the rear of the field to get in front in the shadows of the post.

It was a second career victory for the son of Acclamation who races for owner's Steve Parkin and Cheveley Park Stud. He has always shown promise at home and it was great to see him get his head in front again.

Roger said: "Things haven't really gone Rocky Ground's way so far this season but he is a talented horse and he has proved that today.

"He is learning with racing and I think he will make up into a decent sprinter next season." 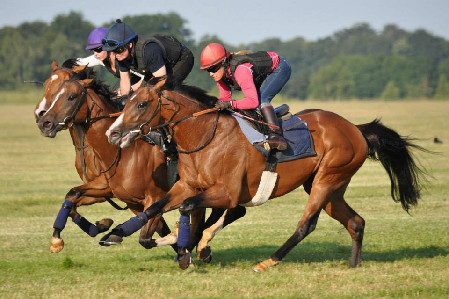 Rocky Ground (near side) under regular rider Iva Milickova