In our first season operating out of the historic Carlburg Stables on Newmarket’s Bury Road, we have thus far saddled 102 domestic winners in the calendar year, surpassing Roger’s previous-best tally of 100, which was set in 2015.

Included in the record-breaking haul is Sheikh Mohammed Obaid’s Defoe, who won his first four starts as a three-year-old having supplemented a brace of emphatic handicap successes at Newbury and York with victories in the Listed Glasgow Stakes at Hamilton and the Group 3 Geoffrey Freer Stakes at Newbury.

The yellow-and-black-spotted silks of Sheikh Mohammed Obaid were also carried to success by Madeline in the Listed Rose Bowl Stakes at Newbury and the tough and consistent daughter of Kodiac would subsequently be placed in the Group 2 Lowther Stakes at York and the Group 1 Cheveley Park Stakes at Newmarket.

Ekhtiyaar provided Sheikh Hamdan Al Maktoum with a July Course winner when he prevailed in a thrilling dual in the ultra-competitive six-furlong handicap during midsummer, while Altyn Orda ignited dreams of Classic glory for her owner, Mr Nurlan Bizakov, when she accounted for some highly-touted fillies in the Group 3 Oh So Sharp Stakes at Newmarket last month.

However, 2017 might be best remembered for our international exploits with Nezwaah and Ajman Princess spearheading the campaign with Group 1 successes in the Pretty Polly Stakes and Prix Jean-Romanet respectively.

Both were ridden by Andrea Atzeni, retained rider to Sheikh Mohammed Obaid and first-jockey to us otherwise, and both received a dose of his Sardinian magic, sitting cool and calm waiting for the gap to appear on Nezwaah and dictating stop-watch perfect fractions on Ajman Princess when making all at Deauville.

Last but by no means least, Realtra was perhaps our most consistent flagbearer across the course of the summer, with Mr Yasushi Kubota’s daughter of Dark Angel setting alight the campaign with success in the Fillies’ & Mares’ Championship on All-Weather Finals Day at Lingfield before twice crossing the Irish Sea to secure a brace of Group 3 successes at Fairyhouse and Tipperary.

Overall, our horses have amassed over £2,250,000 prize money both at home and abroad, including two Group 1 winners, four Group 3 winners and seven Listed winners.

Roger said: “There have been many highlights across what has proven a successful year, not least winning Group 1 races in Ireland and France. I am delighted we have broken the barrier for 100 domestic winners and I would like to thank our superb owners, our hard-working staff and most of all our fantastic string of horses for allowing us to do so. We will strive to continue the theme of tumbling records in 2018.” 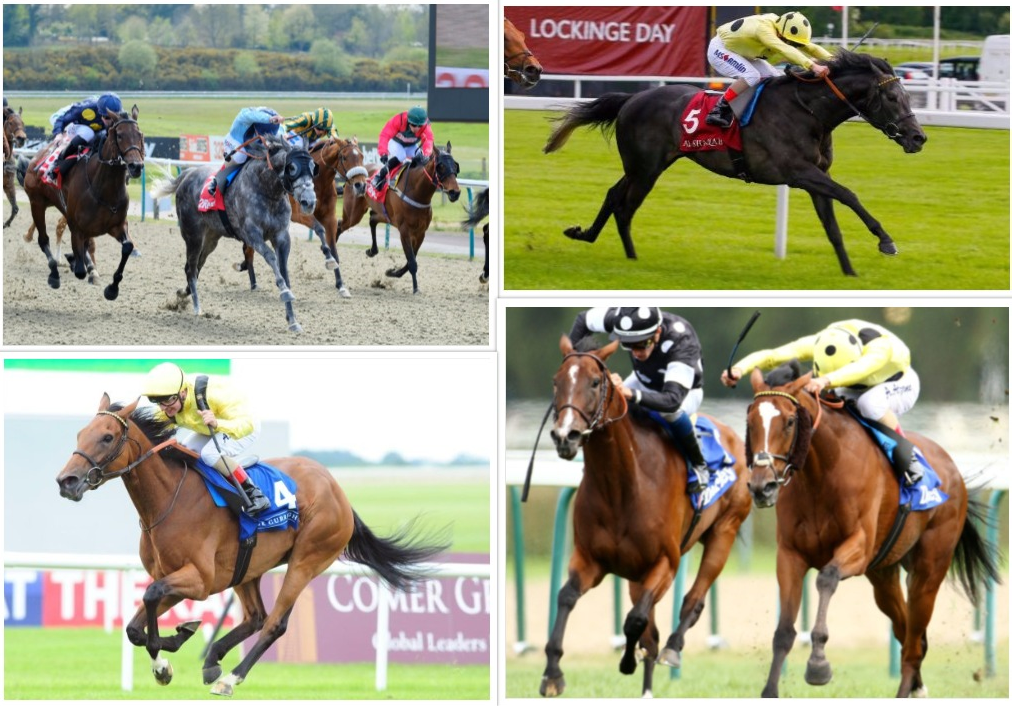 From L-R: Realtra winning at Lingfield on Good Friday; Defoe stretching out in the London Gold Cup; Nezwaah in full flight when landing the Pretty Polly Stakes and Ajman Princess makes all in the Prix Jean-Romanet at Deauville