Owned by Mr Yasushi Kubota, who has shown great patience with his filly following a setback last year, Realtra returned from her layoff to land the Listed Prix Miss Satamixa at Deauville in December but failed to recapture that sparkle in two starts at Meydan.

However, returned to an artificial surface and equipped with first-time blinkers here, Realtra accounted for the Group 1-placed Muffri’Ha and Chelmsford Fast Track Qualfier-winner Ashadihan with a performance that showed class and bravery in equal measure.

Drawn widest of all in stall twelve, Realtra was forced three-wide into the first bend under Andrea Atzeni and she was unable to obtain any cover as the field passed through halfway.

What seemed a precarious position as the twelve runners rolled down the hill soon emerged to be unproblematic as Realtra moved onto the heels of the leaders turning for home and stuck her grey head in front passing the furlong pole.

Market leaders Muffri’Ha and Ashadihan emerged from the pack with sustained challenges, but our filly found more when they got to her girths and scored by a comfortable neck to secure the £93,375 first prize and bolster her already formidable record that includes Group 3 success in the 2015 renewal of the Sceptre Stakes at Doncaster.

Roger said: “Realtra is a classy animal and we were disappointed with her performances in Meydan. However, Mr Kubota kept the faith in us and his filly and I’m delighted his endeavours have been rewarded. She clearly acts well on the Polytrack, seven furlongs appears her optimum trip and the blinkers have helped her at the business end of the race. She will more than likely return to Pattern company now.”

Earlier in the afternoon, Steve Rogers recorded a career-best performance at the age of six when running a fine third in the Marathon Final, pulling a long way clear of Cohesion in fourth.

Ennaadd was unable to supplement his victory in the Listed Hyde Stakes at Kempton when finishing fourth in the Mile Final, but the run of the race didn’t quite suit him and he ought to have other days to show his true colours. 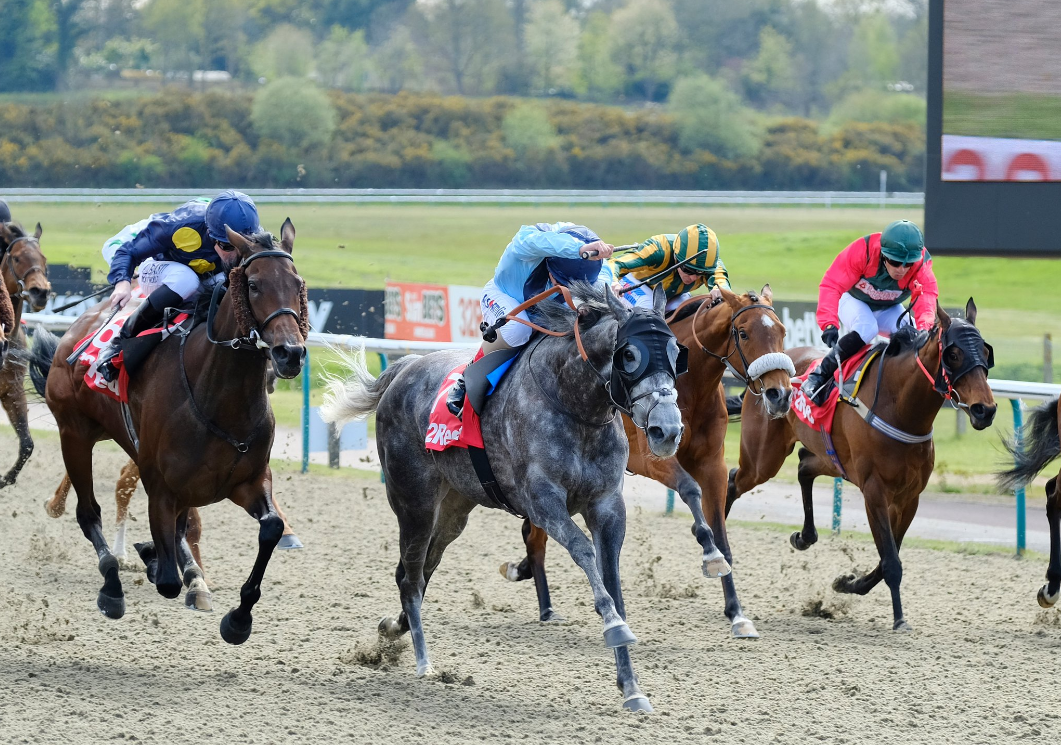 Realtra and Andrea Atzeni fend off the pursuers to land the AW Championships Fillies' & Mares Final at Lingfield on Good Friday.