A daughter of Exceed And Excel, whose half-brother Pallasator ran later on the card, Prosper finished runner-up behind the highly-touted Son Of The Stars on her reappearance at Chelmsford and she built on that form here, fending off Coronation Stakes entry Icespire following a thrilling duel in the final half-furlong.

Ridden by Silvestre de Sousa, who would go on to complete a treble on the card with wins aboard Frozen Angel and Sweet Selection, Prosper broke nicely from her wide draw and sat just off the heels of Blending as the early gallop proved no more than middling.

Silvestre nudged Prosper into the bridle as the home turn loomed and the attractive grey responded with zest, lengthening her stride and lowering her head carriage as those in behind failed to match the increase in tempo.

Icespire was momentarily checked in her run as Frankie Dettori asked her to chase down Prosper and while the result was in balance as the pair crossed the line together, the judge soon came down in favour of our filly to confirm her a thoroughly progressive individual with a bright summer ahead.

Prosper, who holds entries in the Oaks and the Ribblesdale Stakes, is now likely to try her hand over ten furlongs.

Roger said: “Prosper continues to progress both mentally and physically and she showed the benefit of her Chelmsford run with a brave display here. She is stamina-laden in the bottom-half of her pedigree and I expect her to improve again over middle-distances, with a ten-furlong stakes option likely to be next on the agenda.” 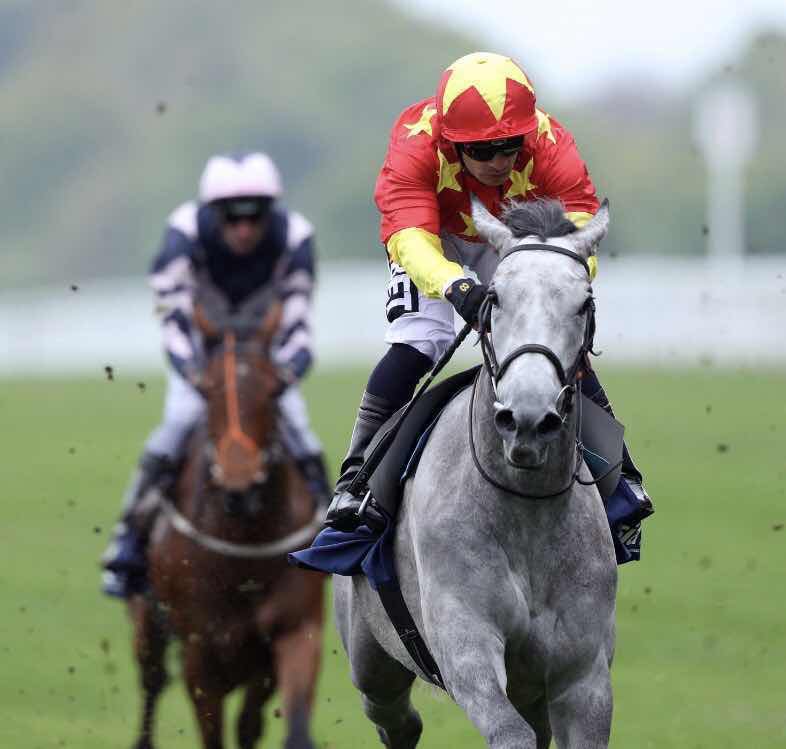 Prosper and Silvestre de Sousa cross the line in front at Ascot on Wednesday.