Owned by Sheikh Mohammed Obaid, the daughter of Teofilo proved herself a Pattern-race performer at three when finishing runner-up in the Group 2 Ribblesdale Stakes at Royal Ascot and she secured a vital first win at stakes level when landing this £40,000 prize by five lengths.

Ridden by Fran Berry with Andrea at Newmarket, Ajman Princess tracked the pacesetting Alf Guineas as the field raced in Indian file throughout the first mile.

The tempo gradually began to increase approaching the final three furlongs and Ajman Princess loomed up ominously, taking up the running outside of the furlong marker and powering clear to win with striking authority.

Elysian Fields occupied the runner-up position while it there was a neck back to Dance The Dream in third.

Roger said: “Ajman Princess is a very talented filly and I am delighted she has vindicated Sheikh Mohammed Obaid’s decision to keep her in training by becoming a stakes winner.

“The next objective will be to try and win a Group race with her and the Pinnacle Stakes at Haydock next month is her target.” 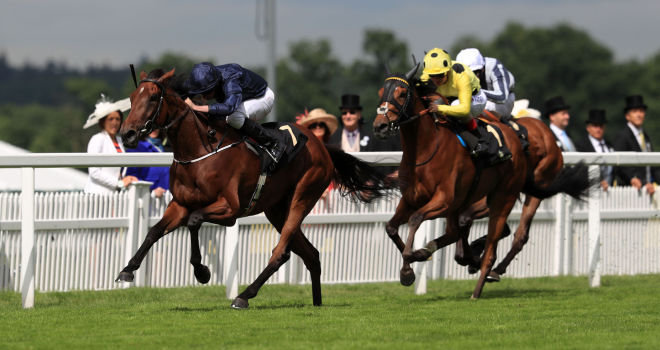