Owned by Sheikh Mohammed Obaid, the regally-bred Dubawi Prince finished second at Haydock on his final start as a juvenile, but he looked a much-improved performer here, travelling powerfully towards the head of affairs under Andrea Atzeni before taking up the running two furlongs from home.

Challengers emerged on either flank, with the once-raced Hold Sway moving ominously towards the stands’ rail while the 82-rated Never Surrender paid heed to his name when staying on gallantly towards the far side.

However, Dubawi Prince knuckled down professionally inside the final furlong and always looked like holding on, scoring by half a length at the line. A step up in class now awaits this 725,000 guineas yearling, who is a half-brother to Prix du Jockey Club runner-up Best Name.

Roger said: “Dubawi Prince is a gorgeous horse and he travelled pleasingly this afternoon, while I was impressed by his attitude at the business end of the race. His pedigree suggests he will continue to improve with time and distance and I suspect we will look at a Derby trial now.”

Earlier on the card, Dawn Of Hope posted a career-best effort when finishing a fine third against the colts in the Listed Doncaster Mile.

The daughter of Mastercraftsman, who was penalised for her Deauville Listed success in the autumn, was beaten just over half a length behind 108 and 114-rated rivals to start what we hope will be a successful campaign. 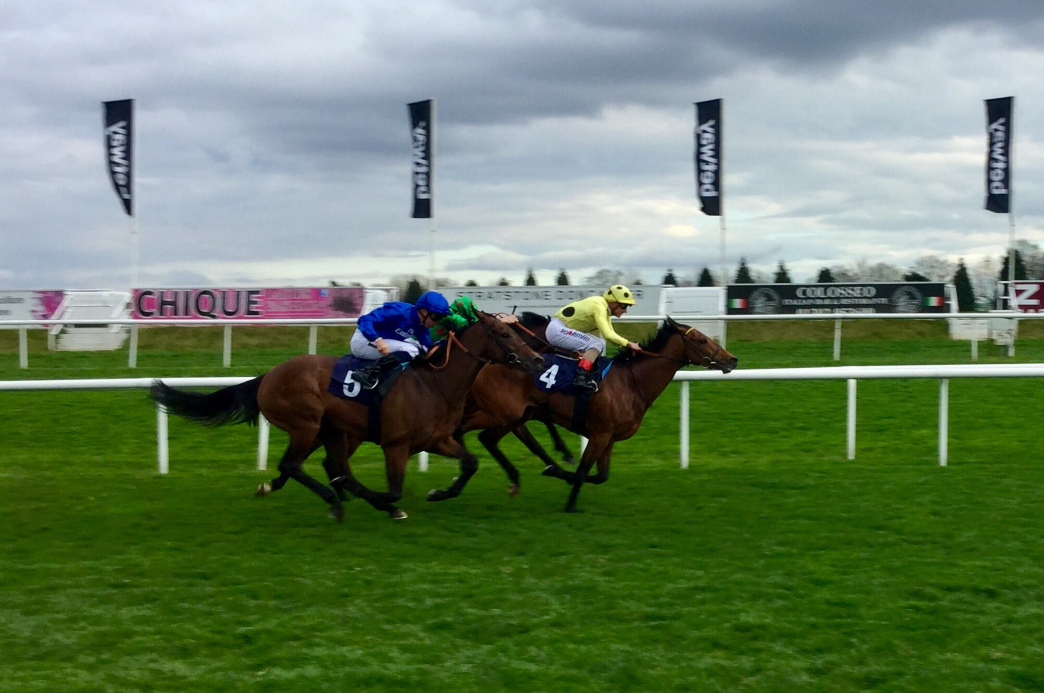 Dubawi Prince and Andrea Atzeni land the 1m2f maiden at Doncaster on Saturday.