The son of New Approach, owned by Mrs Cooper's Normandie Stud, chased home subsequent Sandringham Stakes winner Muteela at Newmarket last time out and as a result of the strength of that form, he was sent off the 10/11 favourite.

He won as an odds on shot should, travelling strongly throughout under Freddie Tylicki before quickening up well to take the lead with two furlongs to run. Once in front, victory was never in doubt and he went  on to win by four lengths.

Roger said: "Pretzel is a lovely colt. The form of his Newmarket run looked especially good after Muteela's win at Royal Ascot and we knew a sounder surface would suit.

"We shall see what the handicapper does before deciding on a target."

At Royal Ascot, Aljamaaheer put up another creditable performance to finish third in the Group 1 Golden Jubilee Stakes while Rocky Ground wasn't beaten far when sixth in the Wokingham. 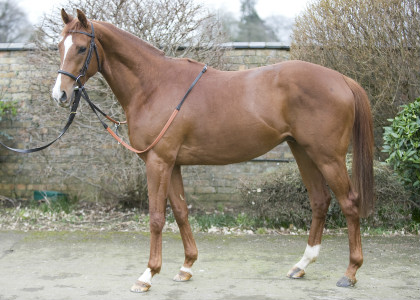