Sheikh Mohammed Obaid's colt was stepping up in trip and was given a straigtforward no-nonsense ride by Andrea Atzeni.

He was always to the fore, tracking the pace set by Kesselring. Andrea kicked for home with over two furlongs to run, putting the race to bed but leaving enough up his sleeve to hold the late challenge from Maraz by a neck.

Andrea had also been aboard our two other winners on the day; Golden Slam and Talent To Amuse, who both won at Lingfield.

Roger said: "Point Of View is a lovely looking colt. He stays well and benefitted from the step up in trip. There should be more to come from him as the season goes on." 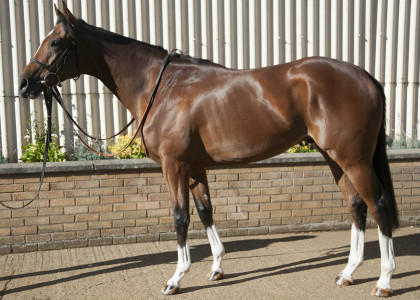