Despite losing a shoe, son of Kodiac POET showed enough when it mattered in the shadow of the winning post, to land the spoils in the Unibet Horserace Betting Operator Of The Year Nursery Handicap.

POET seems to have benefitted from his recent gelding op, going one better than his last appearance on the track when he was runner up at Wolverhampton in October. Rossa Ryan picked up the ride this afternoon at Kempton and set POET on the right track, all be it on three shoes having lost one on the way to the start, they broke well from stall two and  settled in fifth, tracking the early leaders. Rossa rode under hands and heels and Poet responded moving powerfully through to the take up the running in the final strides a thrilling battle to the line saw POET prevail, Red Showgirl from the Archie Watson yard having to settle for runner up on this occasion.

Congratulations to Trevor Harris of Lordship Stud. A fantastic return to the track and we look forward to seeing what more the son of Kodiac can do on four shoes next time! 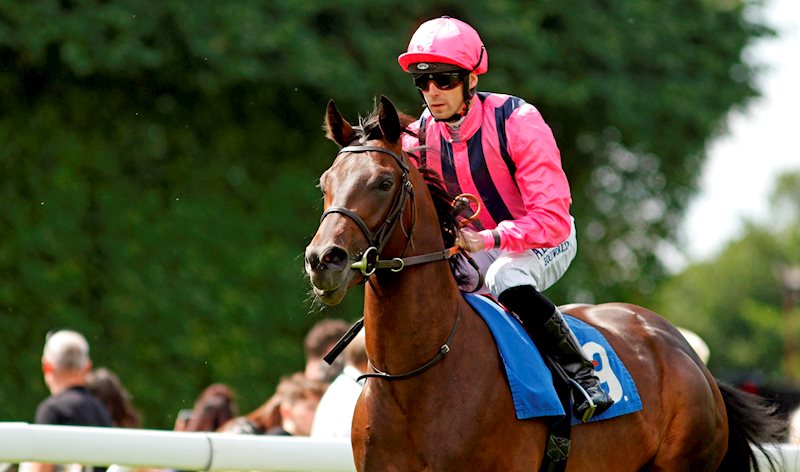 POET (at Salisbury Racecourse in August 2021)