The well-related Pierre Lapin emulated his half-brother Harry Angel in readily winning the G2 Mill Reef on Saturday, and in doing so provided the middle leg of a juvenile treble.

Sheikh Mohammed Obaid's juvenile was one of the two-year-old eyecatchers in the pre-Royal Ascot period having won his novice in fine style at Haydock. With Roger taking plenty of time with him the Mill Reef was his first start since, but he was well-found in the betting and displayed a serious amount of raw ability in travelling over his opponents and putting the race to bed with a smart change of gear. With the Mill Reef a little confusingly coming only a week before the G1 Middle Park it is likely he will either take in the G1 Dewhurst over seven furlongs or be put away to develop further for next year.

The successful Saturday was started in taking fashion by the two-year-old Frankel filly Queen Daenerys as racing returned to the Rowley Mile. Having made a very pleasing start to her career with a second placing behind subsequent short-price May Hill favourite Cloak Of Stars she was another who featured prominently in the betting markets against a previous winner and a couple of well-touted newcomers. Sheikh Nasser Bin Hamed Al Khalifa's filly displayed a lovely attitude having been caught for a bit of speed going into the dip, coming out of it strongly to be on top at the line from the well-regarded second. She could take in another race before coming back as a very bright three-year-old prospect at middle distances. 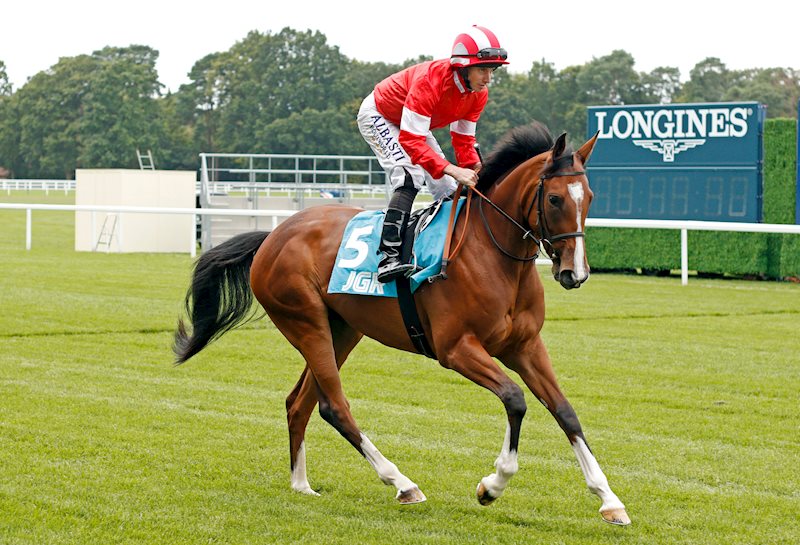 Completing the three-timer was Nurlan Bizakov's Shandoz under a fine ride from David Egan at Wolverhampton. The Golden Horn colt shapes like stamina will be his forte as a three-year-old and beyond, with David needing to conjour up real strength to pick up a couple of potentially useful opponents, the third-placed finisher already being rated 84. It was a smart effort considering he'd missed the break around a track where it can be a big negative to do so, and he rates a nice work in progress for next season.