Sheikh Hamdan's son of Distorted Humor had been off the track since finishing third in a handicap at the Guineas meeting.

His work had been good in the lead up to this contest and we were optimistic of a good performance from him.

He was slowly away under Dane O'Neill but soon settled into a smooth rhythmn at the rear of the field.

Dane made his move on the outside up the straight and Muqtaser cruised into contention with two furlongs to run.

He picked up well to take the lead at the furlong marker and stayed on strongly to win by two and a quarter lengths.

Roger said: "I am very pleased with that. We thought a lot of him in the spring and he looks a progressive three-year-old.

"He had been off the track for a while before this so I think there will be plenty of improvement in him."

Also on the day Spanish City made a promising debut when third at Haydock while Shasag was narrowly touched off in the fillies' handicap at Brighton. 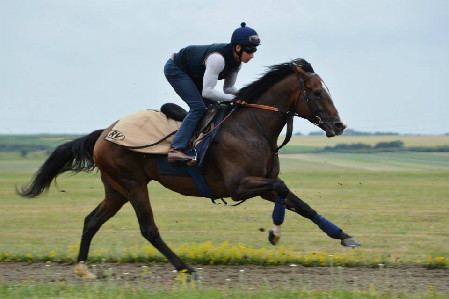