Son of Frankel MOSHAAWER continued winning form at Doncaster landing the spoils in the Download The At The Races App Novice Stakes. Followed later that evening by the short priced DINOO who justified favouritism in style to score the Join Racing TV Now Novice Stakes at Haydock.

MOSHAAWER followed up from a successful run at Kempton in June with an impressive victory today. Having gone up in trip he faced a more straightforward race this time around, despite a penalty. Partnered with Dane O’Neill Moshaawer broke well from stall 1 and set up along the inside rail tracking the front runners, led by the John and Thady Gosden trained GOONER BOY in the early stages. Turning into the home straight Dane O’Neill confidently moved Moshaawer through the field to contest the leaders, running on well and taking the lead in the closing stages. Valley Forge kept on and the pair moved readily away from the rest of the field, Moshaawer doing enough to reach the line first 1 ¼ lengths ahead of Valley Forge from the Andrew Balding yard in second.

Congratulations to Shadwell Estate Company Ltd and connections. The son of Frankel, out of the well-respected Hadaatha, is definitely a promising type boasting quality bloodlines combined with his performance on the track to date.

DINOO followed suit completing the double for the team with a convincing 4 length victory to justify favouritism at Haydock under the talented David Egan. Breaking from stall 7 Dinoo bowled along in front close to the running rail in the early strides. Running on keenly Dinoo continued to find plenty in front, making all and only facing a challenge down the home straight by Monhammer from the William Haggas yard who chased over 1F out. Dinoo was no match and kept on strongly out pacing his rivals to land the spoils four lengths ahead of Monhammer in second.

The son of Starspangledbanner certainly justified favouritism in an impressive fashion, controlling the race from the front and increasing the pace in the home straight. Congratulations to owner Davood Vakilgilani and David Egan for the smart performance. Dinoo should improve in confidence from the race and we look forward to seeing what more this colt can go on to do. 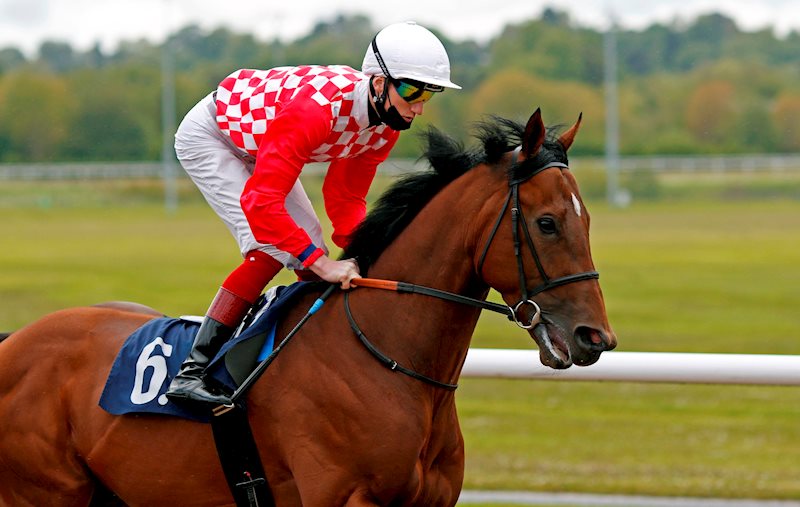