Well drawn in four, Harry was able to track the pace before kicking for home around the final bend. Morando picked up nicely to go clear and won unchallenged by nearly four lengths.

A son of Kendargent, Morando was having his third career start. He won a maiden at Windsor when last seen in action.

Roger said: "Morando has done it well. We were pleased to see the rain and he has skipped around the track really nicely. He is a progressive colt and there should be more to come from him."

Alizoom provided the team with a double on the day when taking the 6f handicap at Leicester. Harry tracked the leader Sainted before taking over the running at the furlong pole and Alizoom stuck on well to win by a length. 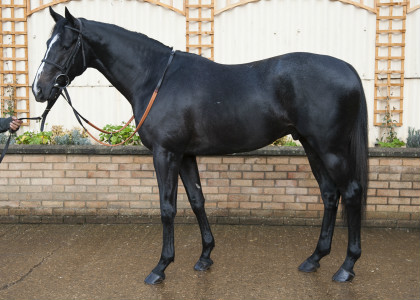