Hamdan Al Maktoum's Cheveley Park-bred juvenile was an eyecatching winner of the very valuable Convivial maiden at York last time out which led to this step up in grade. Despite its purse the Convivial hasn't always churned out pattern winners, but does list Racing Post Trophy winner and 2000 Guineas third Rivet on its recent roll of honour and with Molatham holding an entry in what is now known as the Vertem Futurity Trophy it is a possibility he could tread the same path. 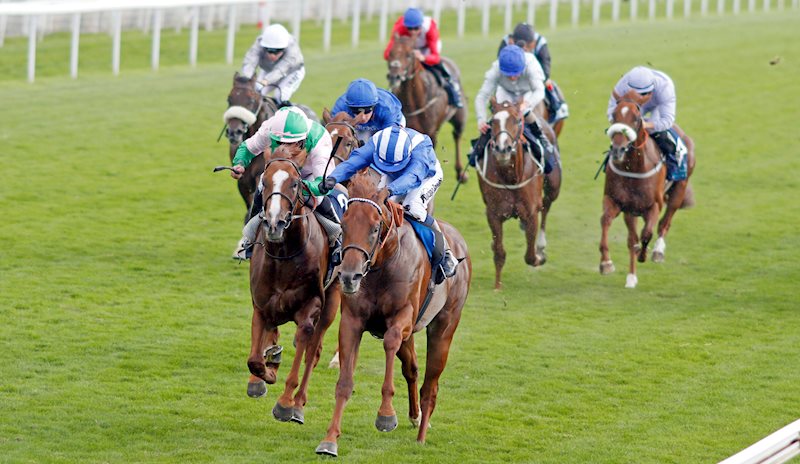 Molatham gets the better of Celtic Art in the Convivial Maiden at York, 23 August 2019

Friday's race became a quite tactical affair and Molatham had to show good acceleration in order to come from last under an always confident-looking Jim Crowley. The eventual winning margin probably doesn't do his superiority justice considering the visual impression of the way he put the race to bed, and without Jim easing him down as such he certainly hadn't asked the colt for maximum effort.

The son of Night Of Thunder holds entries in the G2 Royal Lodge, the G1 Dewhurst and the G1 Vertem Futurity, as well as the G1 Prix Jean Luc Lagardere at ParisLongchamp on Arc day, and although the Royal Lodge is likely to come to soon the other races will now all come under consideration.

Mutamaasik was another of the owner's Carlburg-trained string to be successful this week, completing a four-timer in the seven-furlong handicap on Thursday. The Dubawi gelding showed a tremendous attitude to come back and win the race having been headed in the final furlong, in the process demonstrating that he should also have no problem with a mile this year or next. 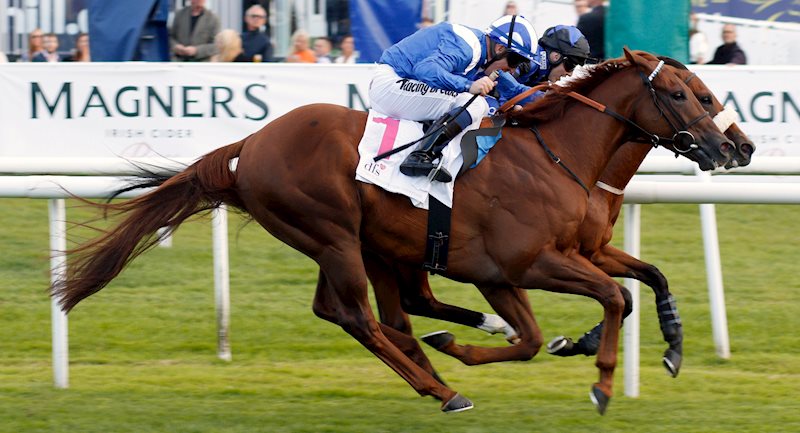 Mutamaasik gets up by a short head at Doncaster to make it four wins on the bounce, 12 Sept 2019

An increase in his mark will move him into heritage handicap territory and hopefully there is more to come from this impressive relative of top miler Tamayuz.