Owned by Sheikh Mohammed Obaid, Materialist broke his maiden at the third attempt when accounting for the fast-finishing Another Eclipse by a neck as the front four were separated by a length and a half in what looked a useful race on paper beforehand.

Tracking the leaders under Andrea Atzeni, the hooded Materialist proved a touch free in the early stages, but the David O’Meara-trained Lamloom ensured the gallop was a good one and that allowed Materialist to relax throughout the mid-part of the race before angling out to challenge with two and a half furlongs left to run.

The long-striding son of Dansili warmed to his task nicely when asked the question by Andrea, staying on well to lead inside the last and always doing enough in the closing stages.

Handicaps now beckon for Materialist, who shapes like he will be well suited by at least ten furlongs.

Roger said: “Materialist is progressing nicely and he showed a good attitude at the business end of the race. He should continue to improve throughout the summer.” 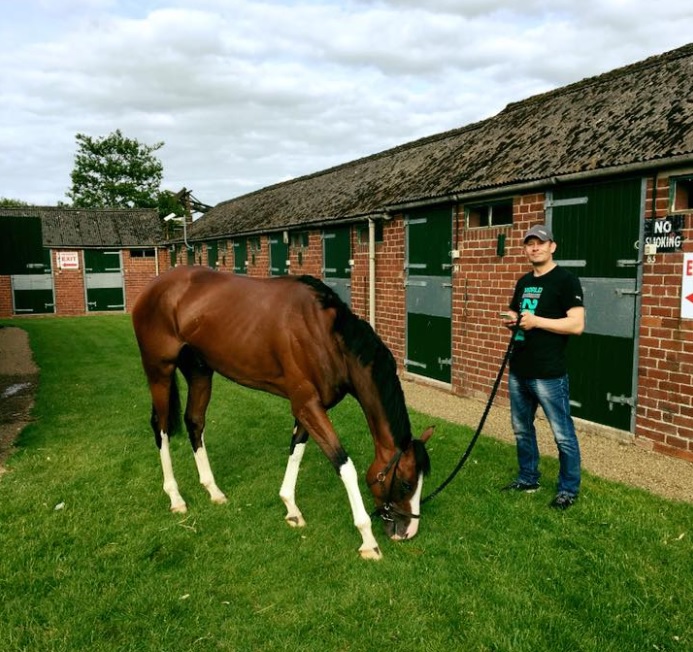 Materialist having a pick of grass with groom Martin following his victory at Ripon on Sunday.